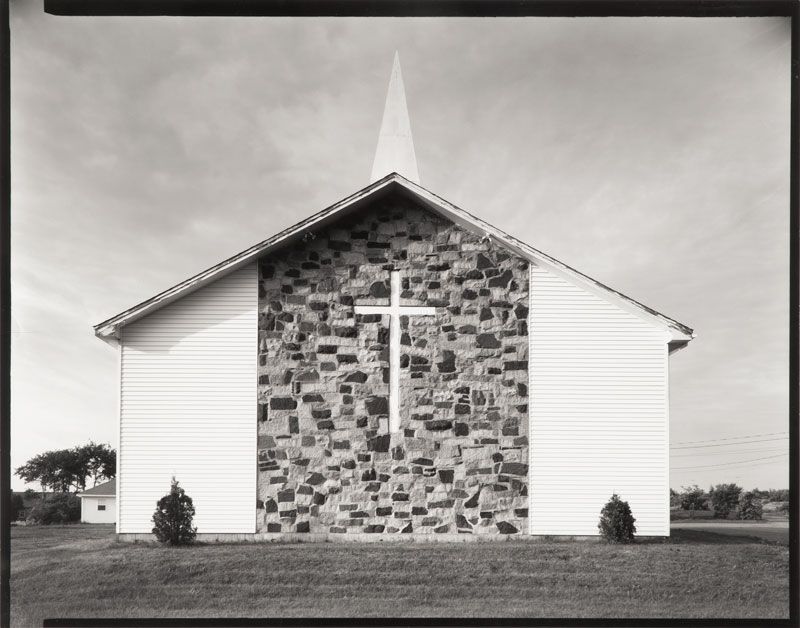 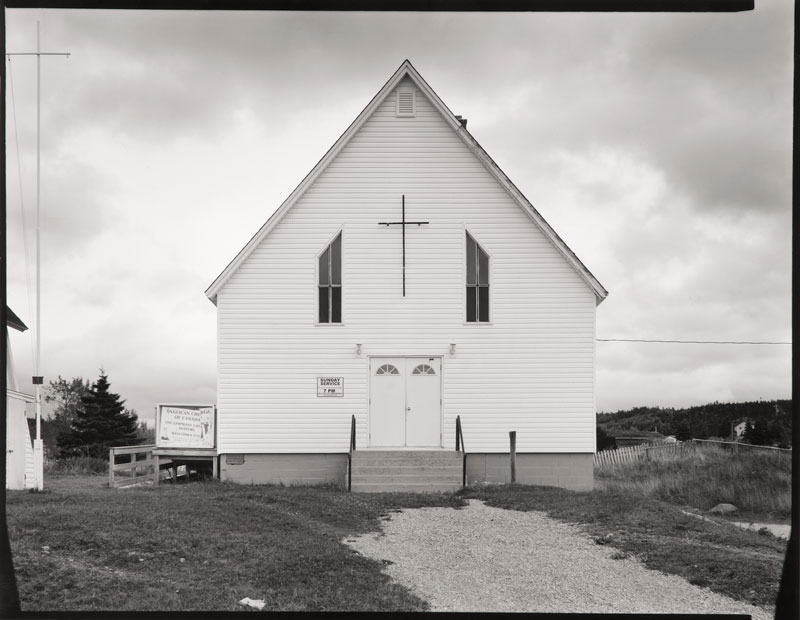 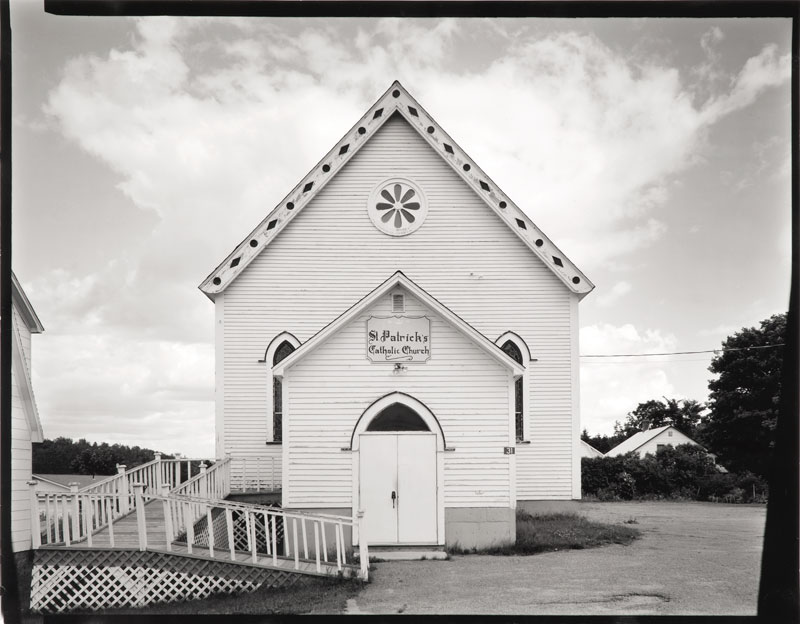 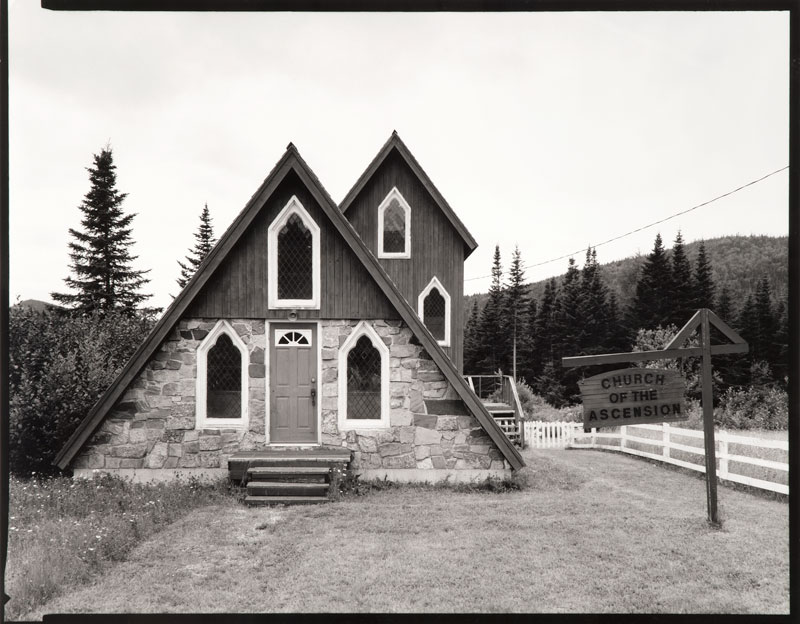 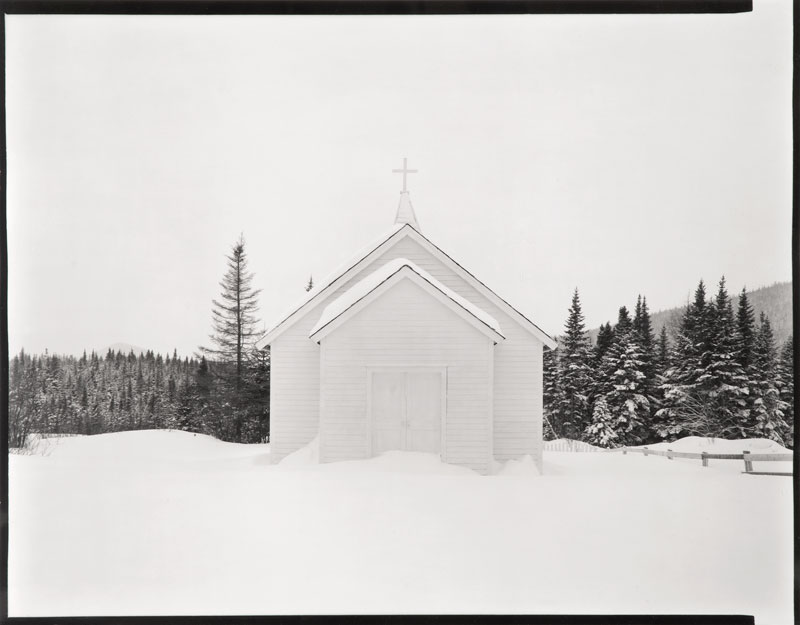 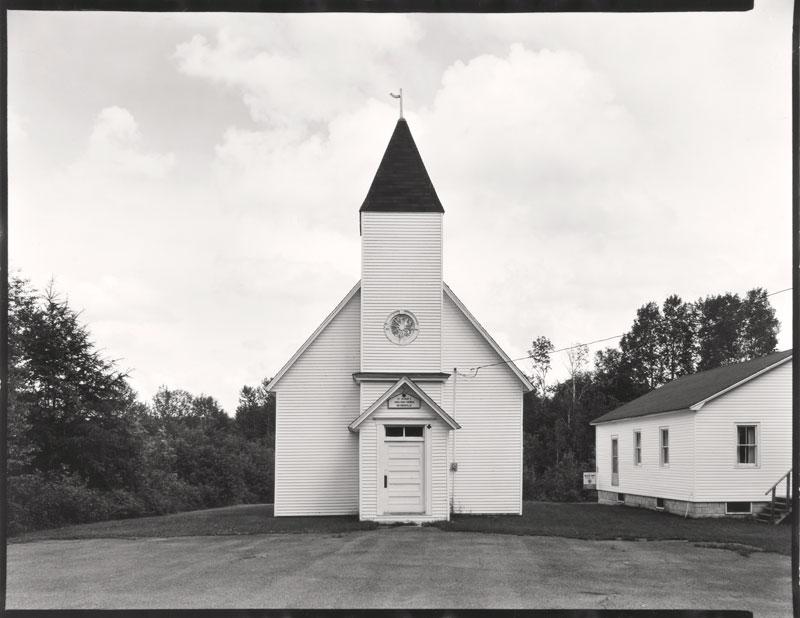 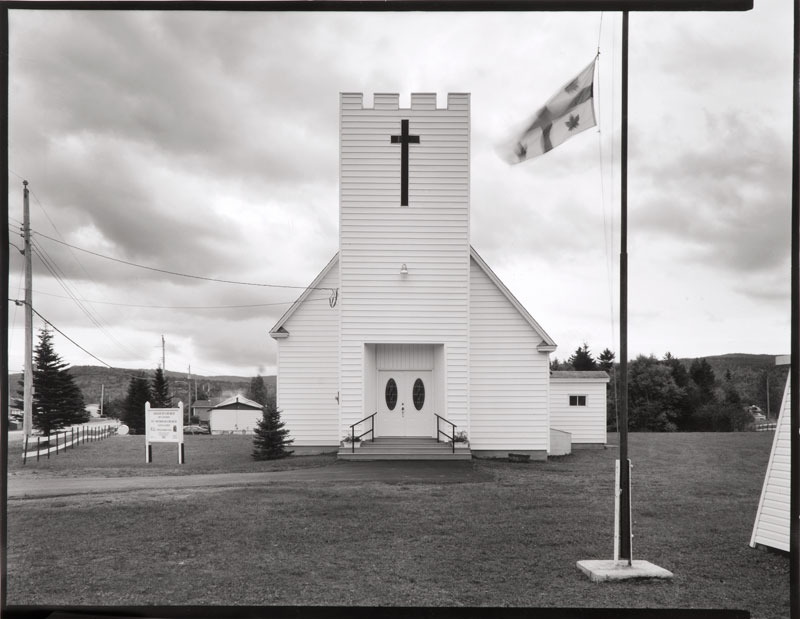 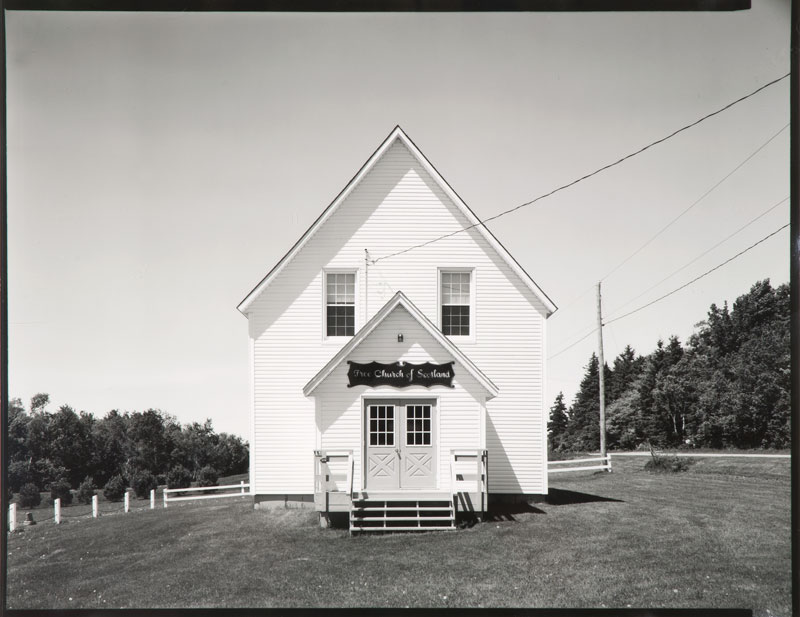 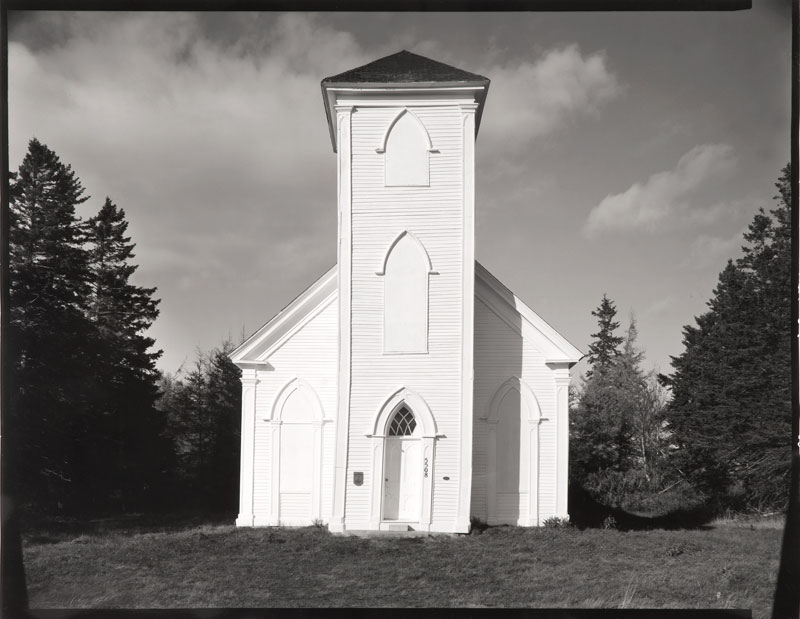 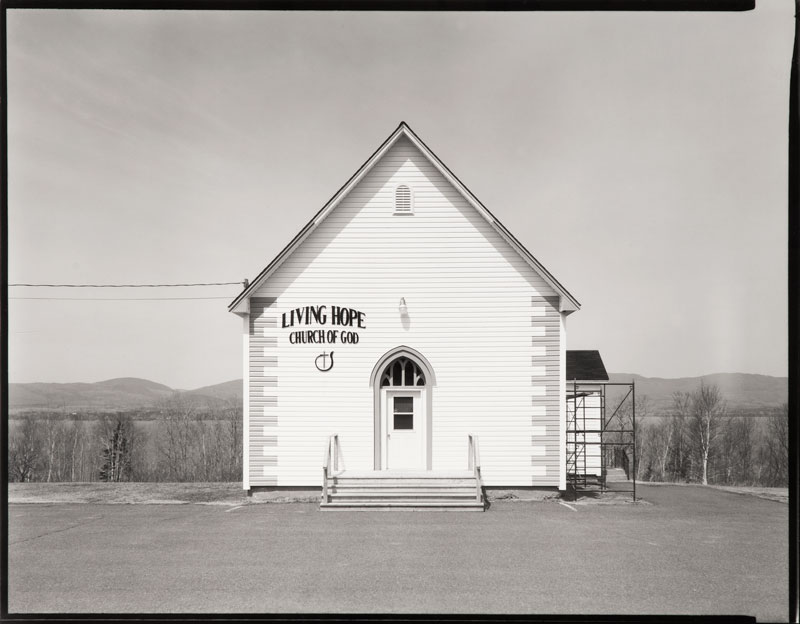 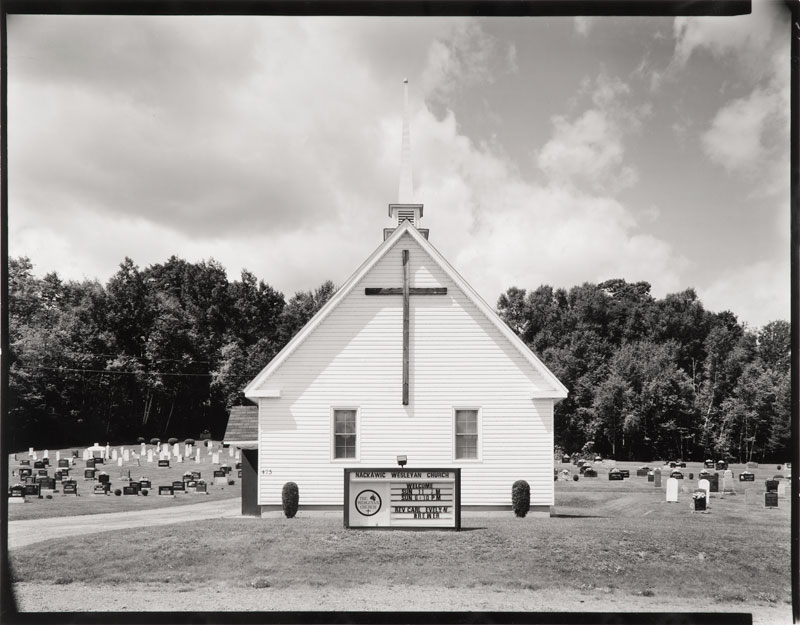 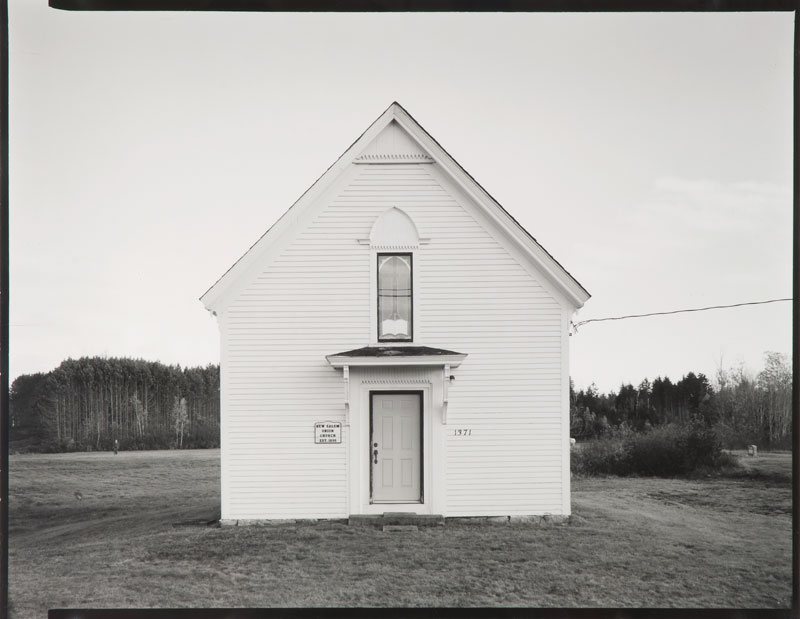 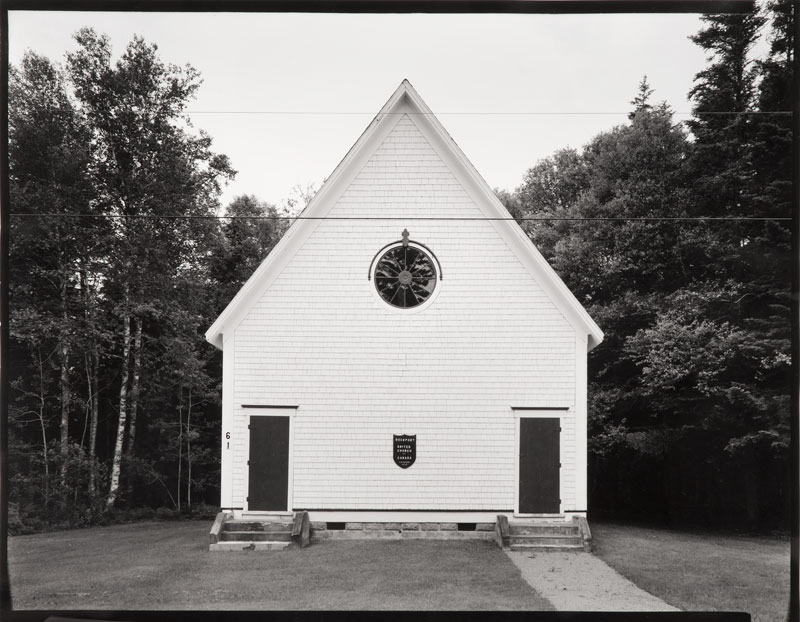 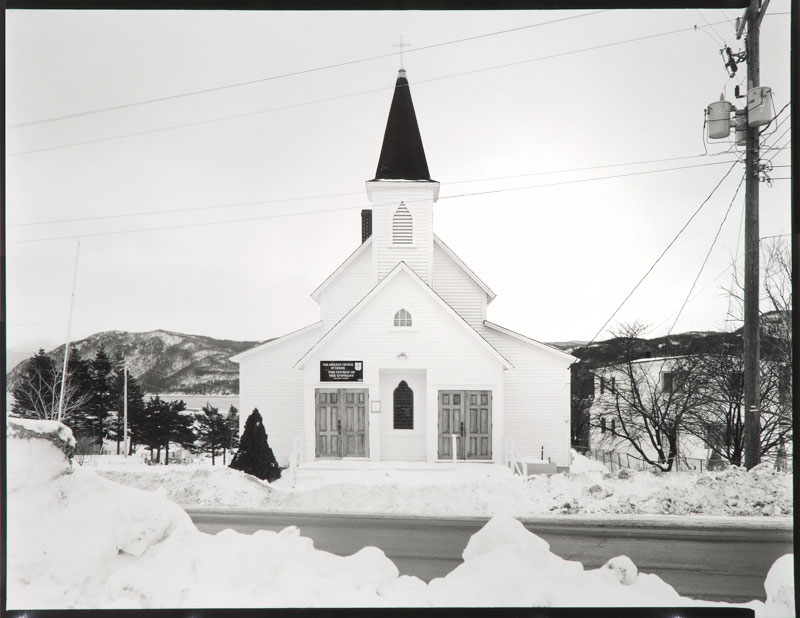 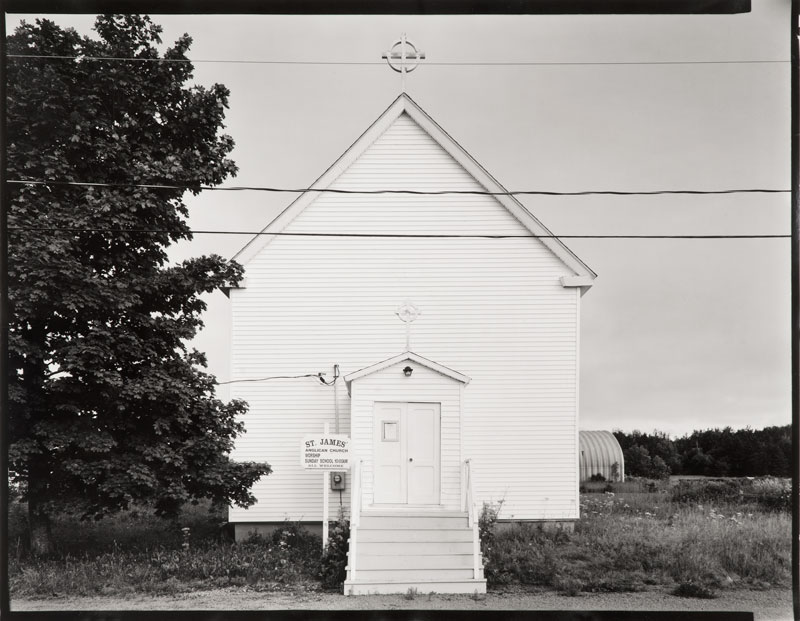 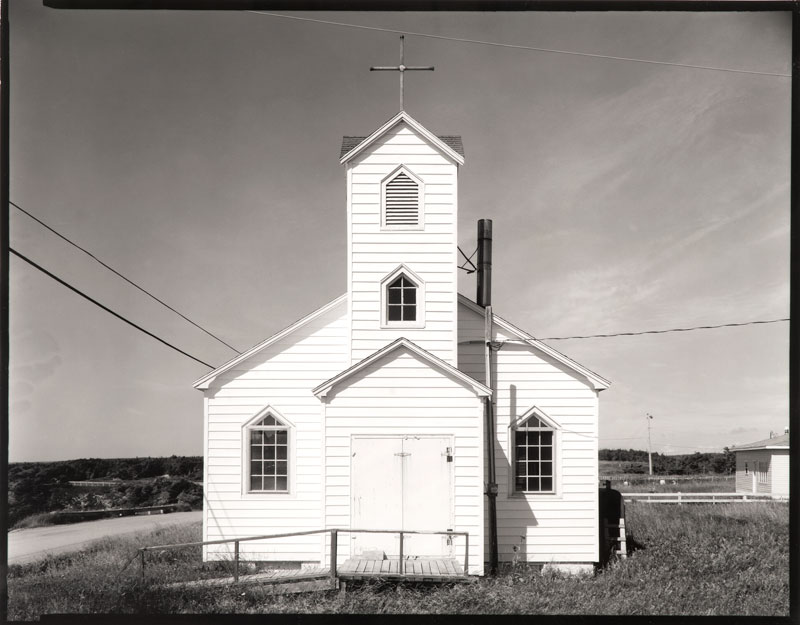 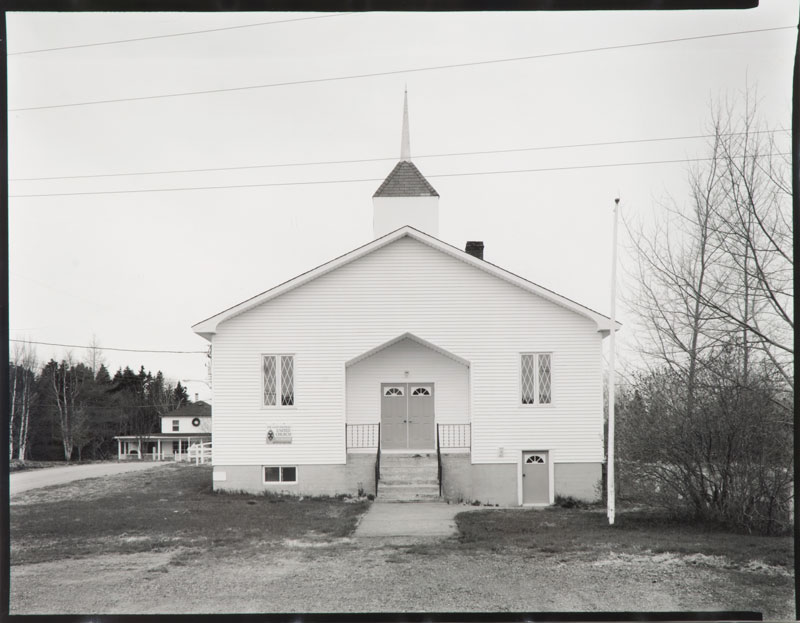 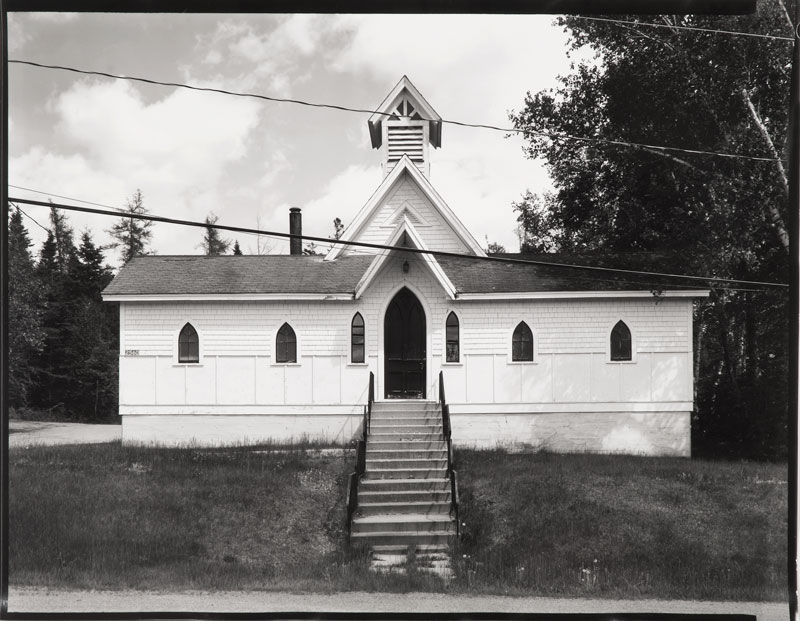 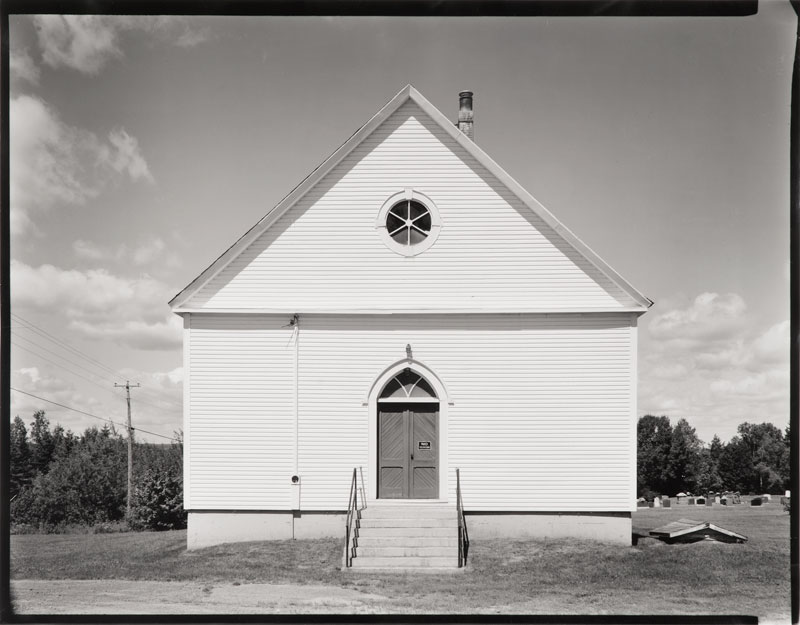 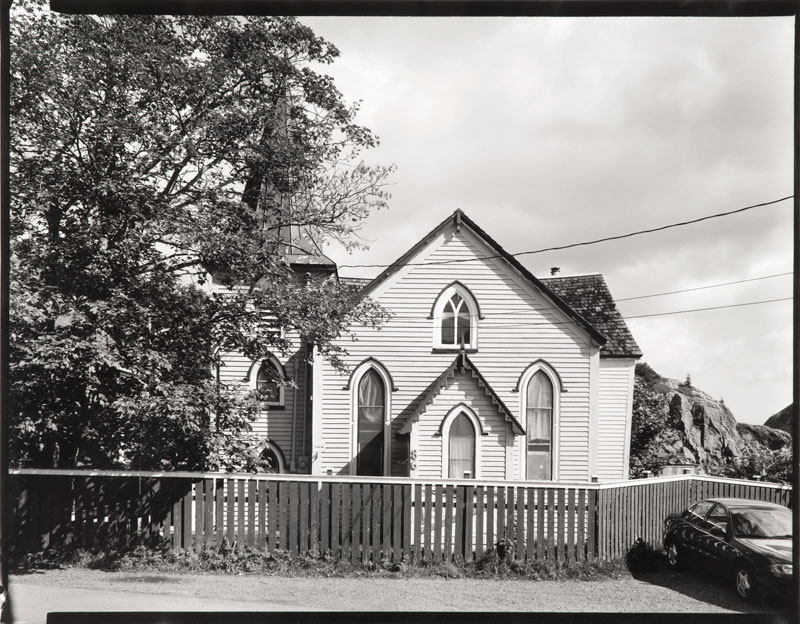 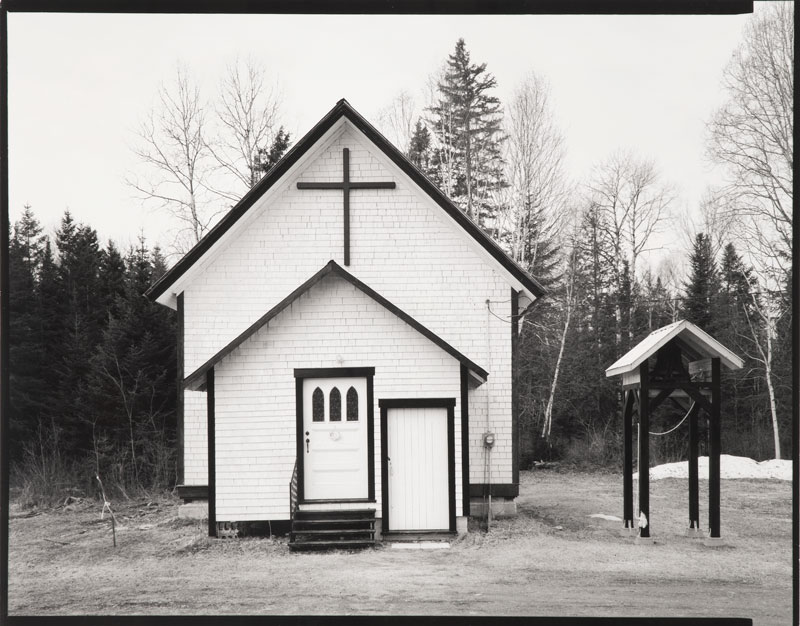 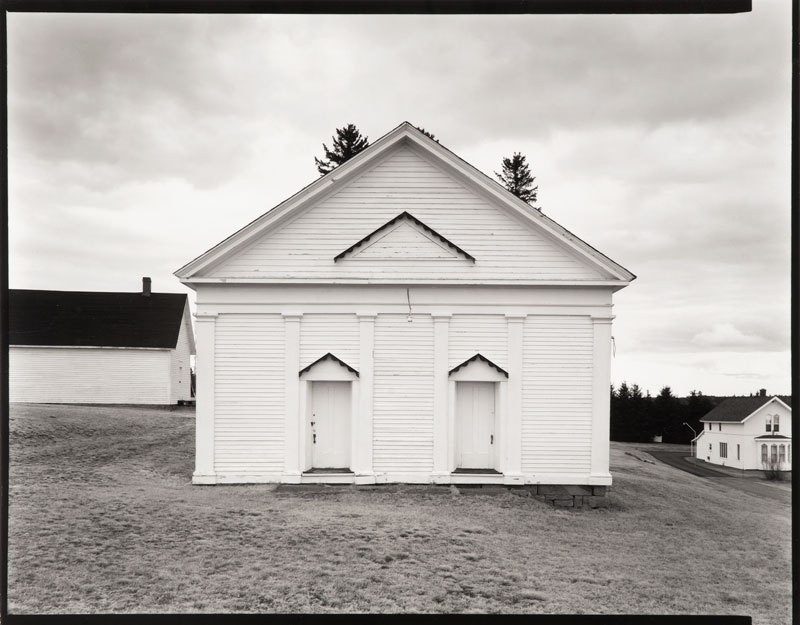 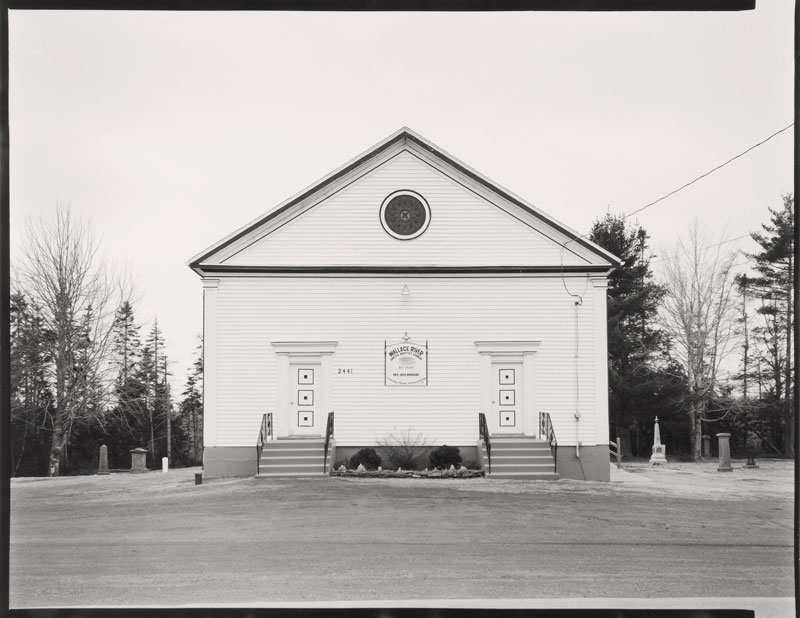 Common Prayer is a typological study of small, often humble churches in Eastern Canada, which I happened upon while driving highways and backroads. At one time, churches occupied a much more central role in communities, lying at the nexus of the spiritual and the social. At the beginning of the 21st Century, negative population growth (in this region) and diminishing congregations is leaving many of these little buildings bereft of souls. Some have been abandoned, some demolished. Many have been re-occupied as homes and cottages, or re-imagined as museums, or “community halls.” One small church in Wiltondale, Newfoundland, called The Church of the Ascension, ironically appears to have sunk into the ground. When I revisited the church four years later, it was completely gone, and on its exact footprint was an even tinier structure, which to the best of my knowledge had previously been a mock-church at a “pioneer village” across the road.

There is a scrappy spirit in this vernacular form — plumbing pipe for a crucifix, for instance, on an unidentified church in Bellburns, Newfoundland. Other buildings have scavenged doors and mismatching typefaces for their names and civic numbers.  Above all, what makes many of these churches compelling are the traces they exhibit of either, or both, love and neglect.

The series consists of over 75 images, each printed in an edition of five + one artist proof.  All images are 11” x 14” toned silver gelatin contact prints.