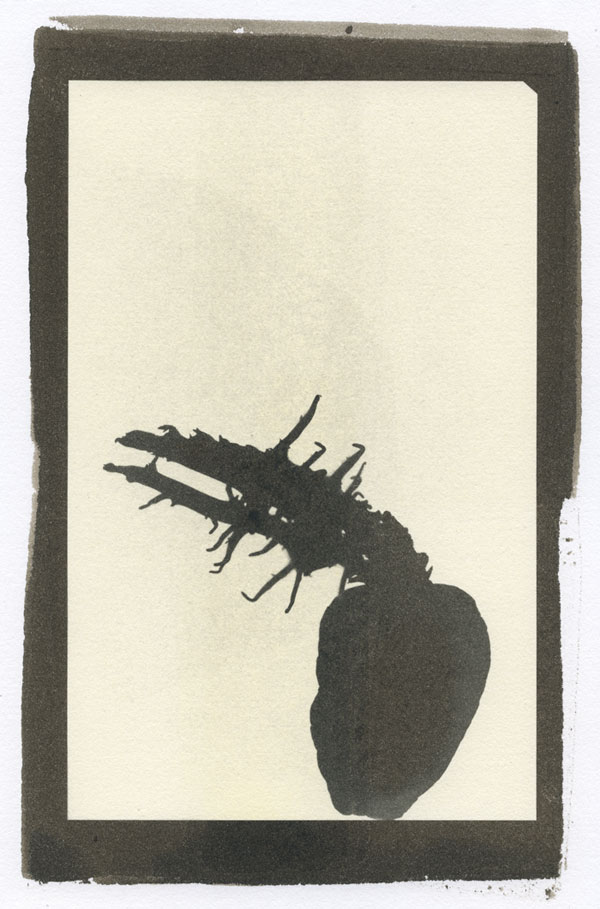 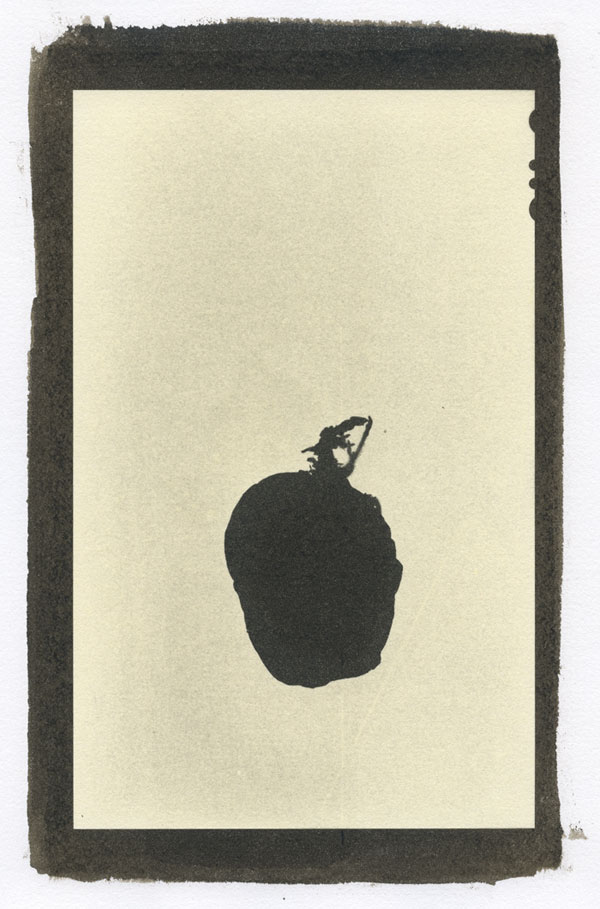 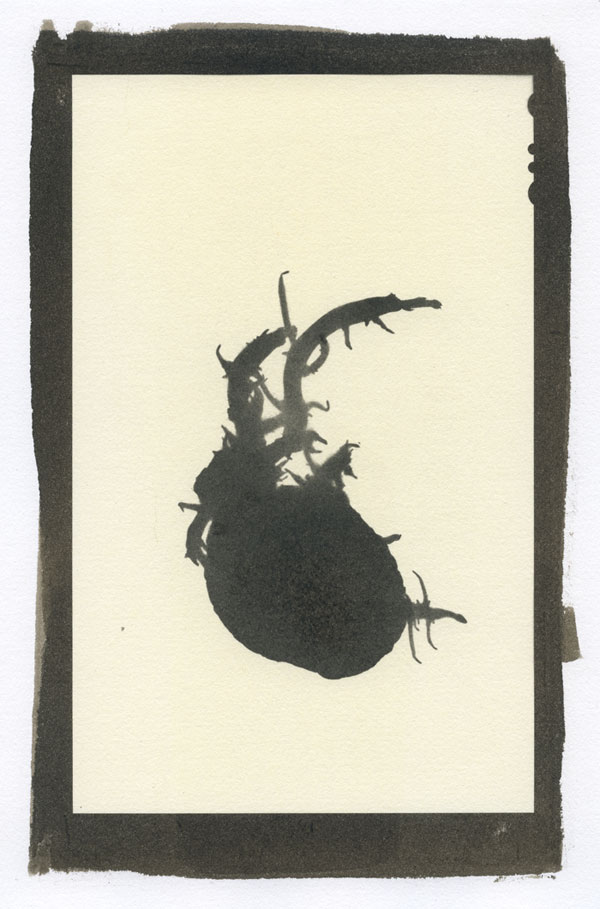 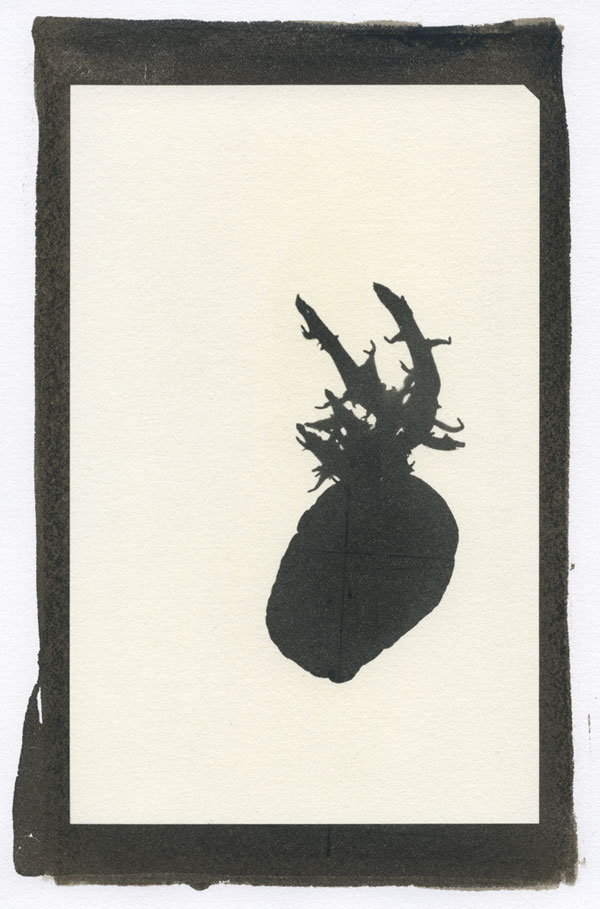 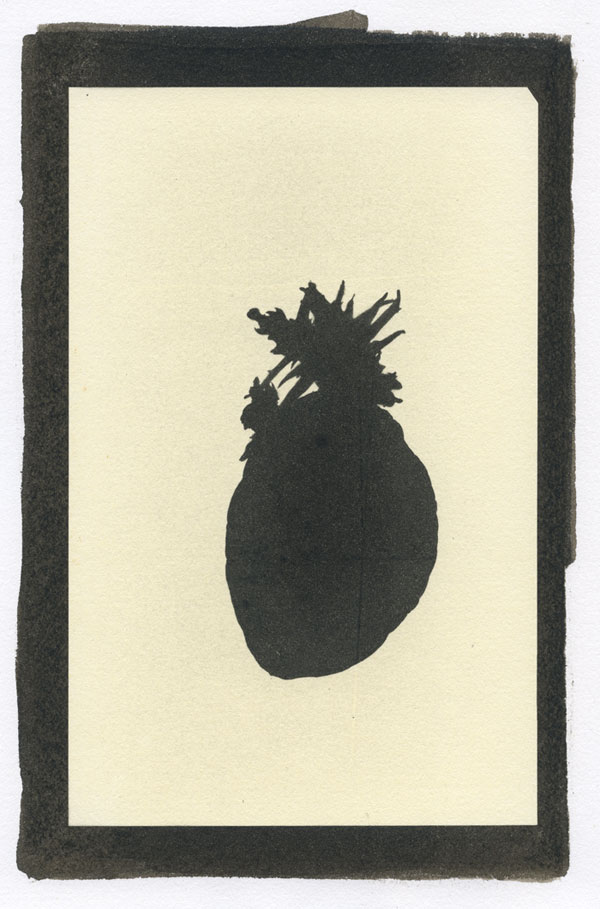 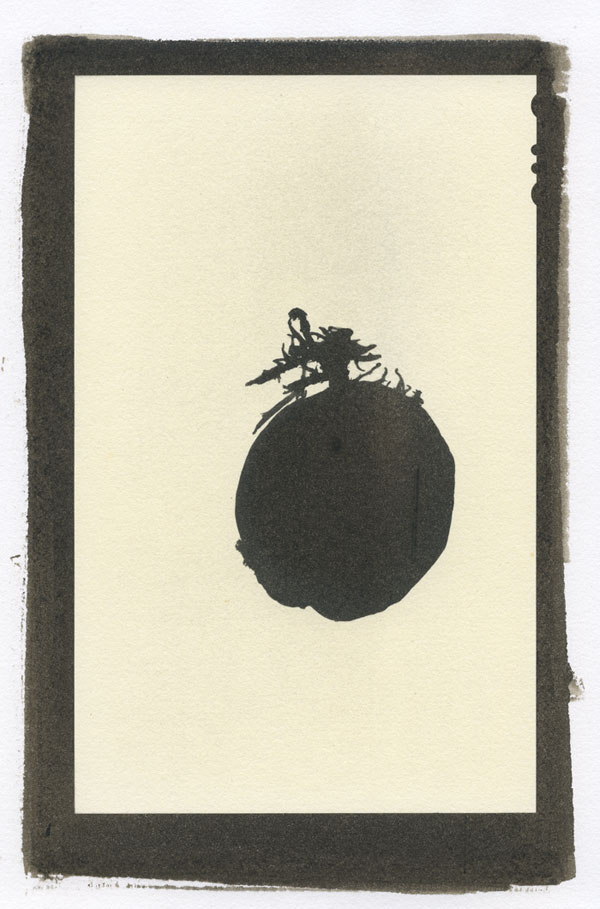 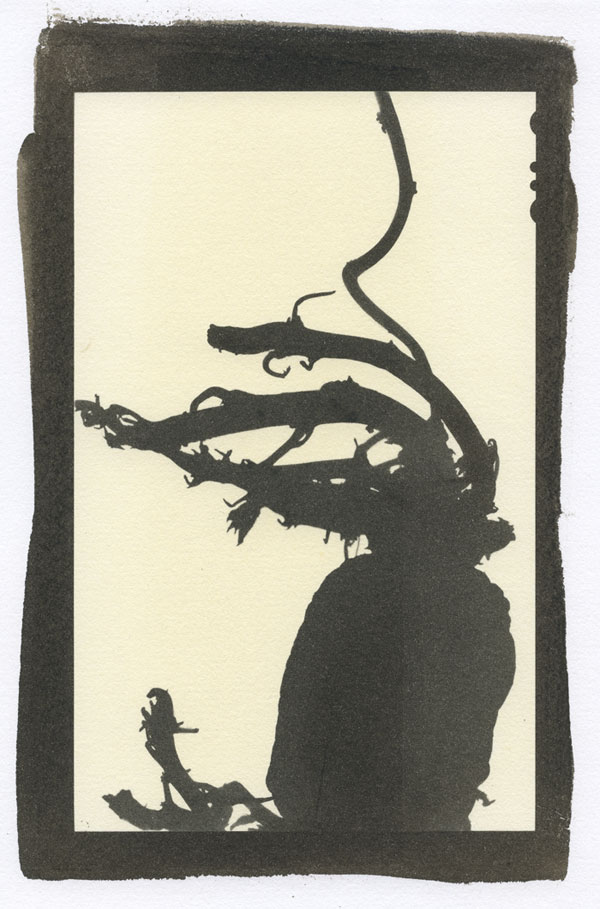 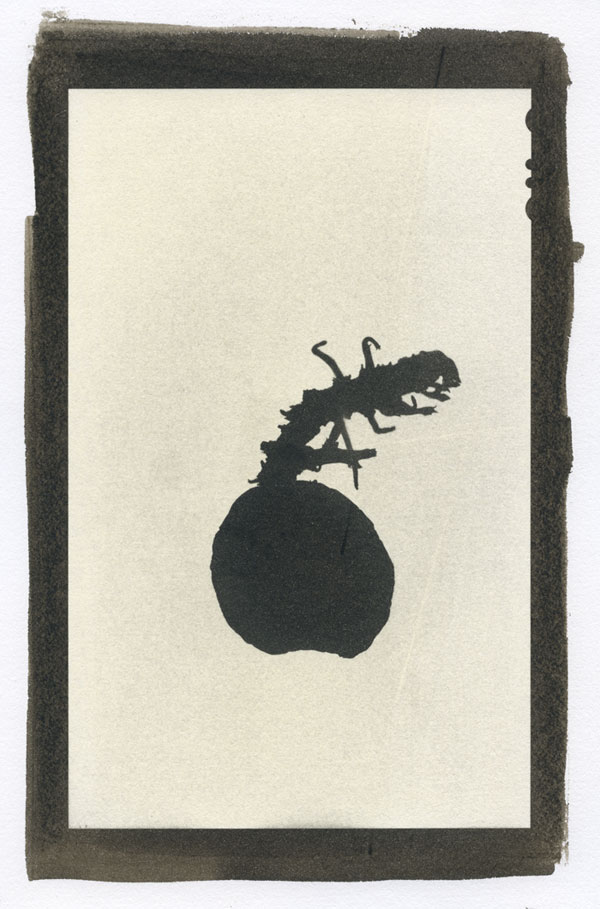 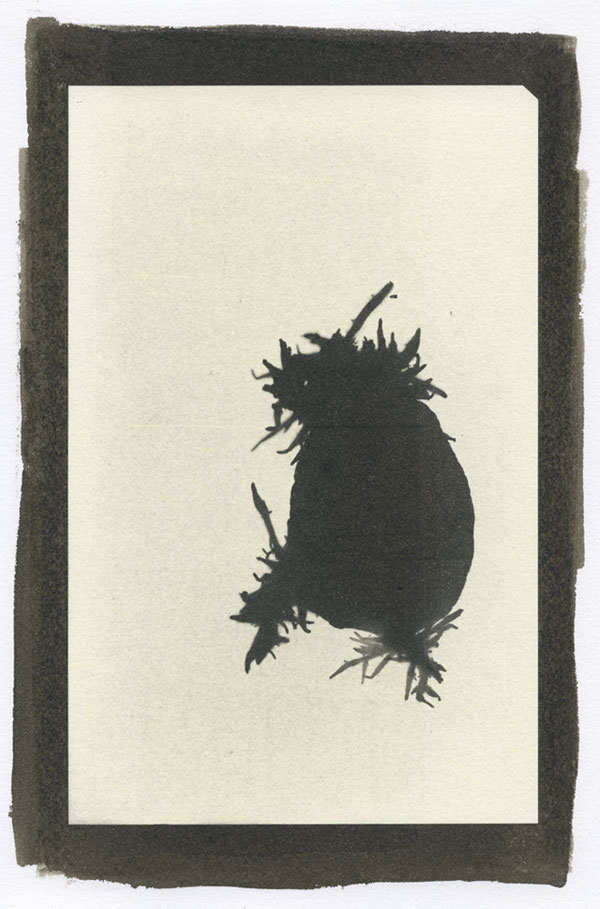 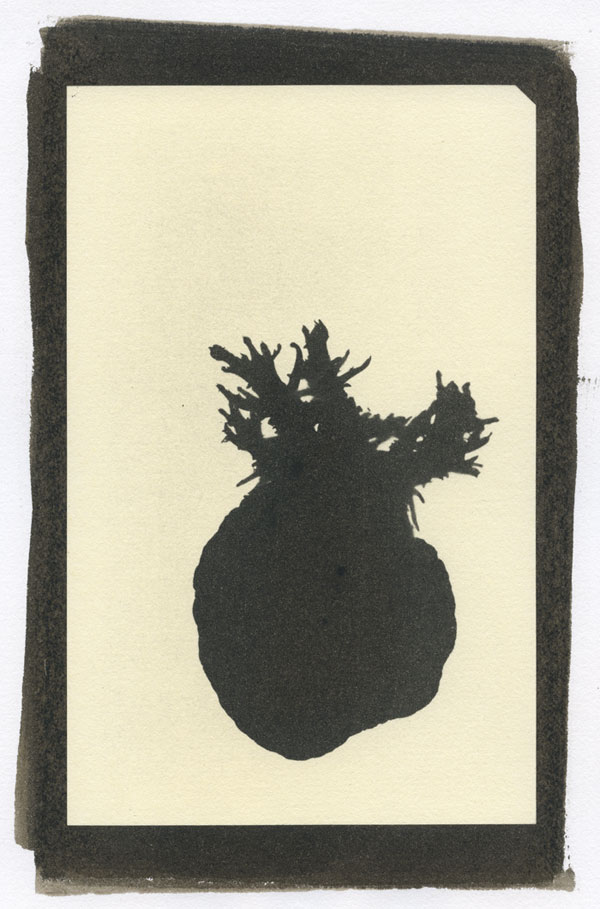 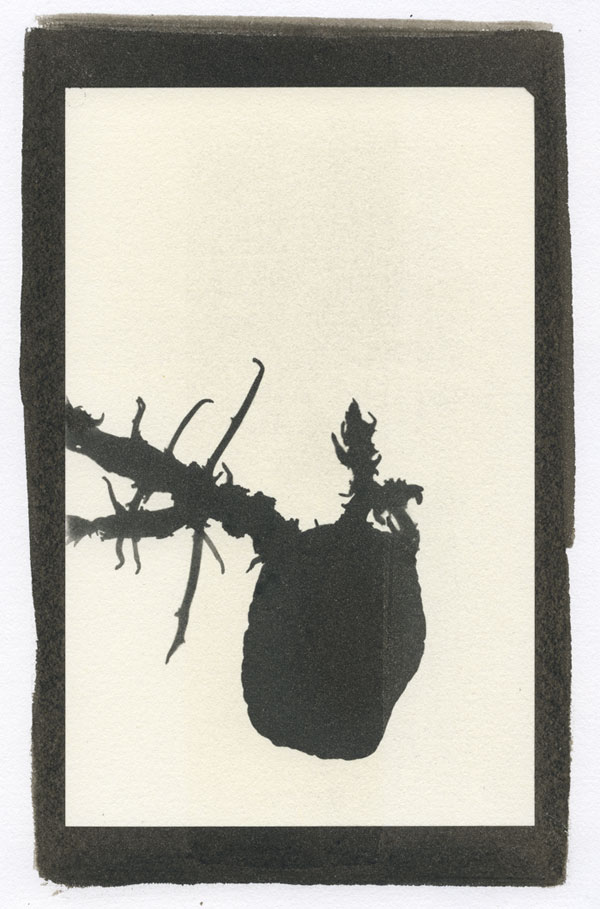 A friend made a strange offering to me: a paper bag of potatoes that had sprouted in the darkness of her kitchen. Regretfully, she didn’t have soil in which to plant them, but I did, so I happily took them. I planted the potatoes and they grew into plants and I harvested and ate the potatoes that grew from them.

But before all of this, I took the sprouted potatoes into the darkroom and in total darkness, placed them on sheets of film, composing the images as best I could by feel. With a brief projection of light from the enlarger, the shadows of the potatoes and their emerging “eyes’’ were exposed onto film. I then printed them using the platinum-palladium process, which is revered for its earth-like tone and the extreme longevity of the images it makes. As with my series Blessing, these images were made with the ultraviolet light of the sun, a continuing meditation on the metaphoric possibilities of light and dark, permanence and decay, growth and death.

The series Blind Field consists of eleven 5” x 8” platinum-palladium prints on rag paper, printed in an edition of five.