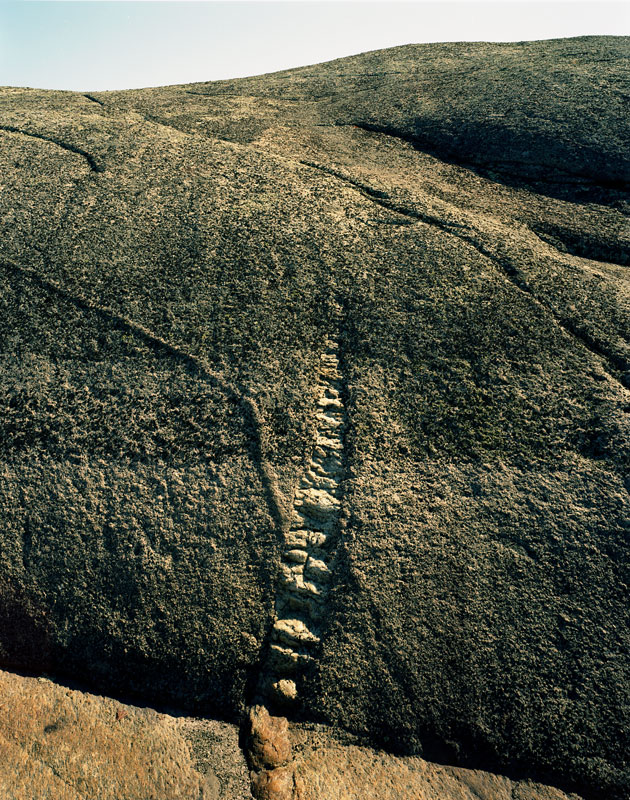 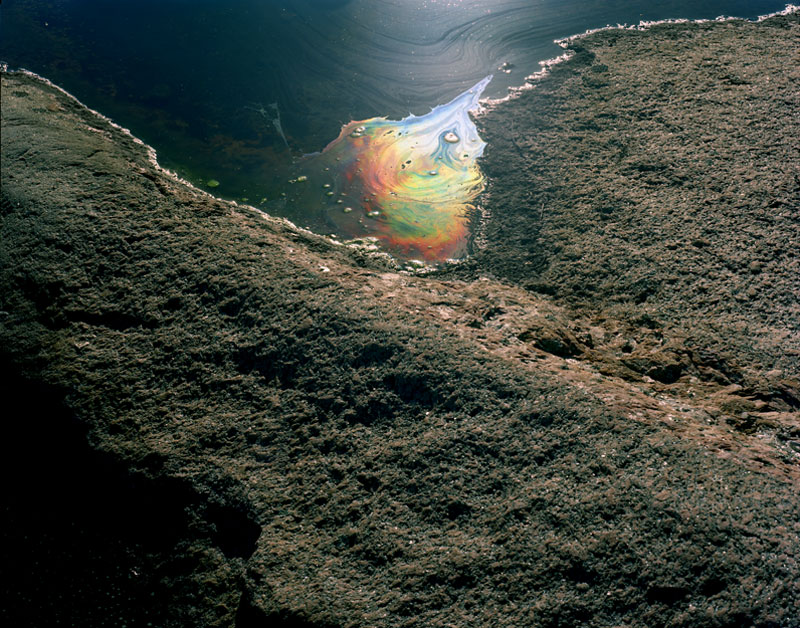 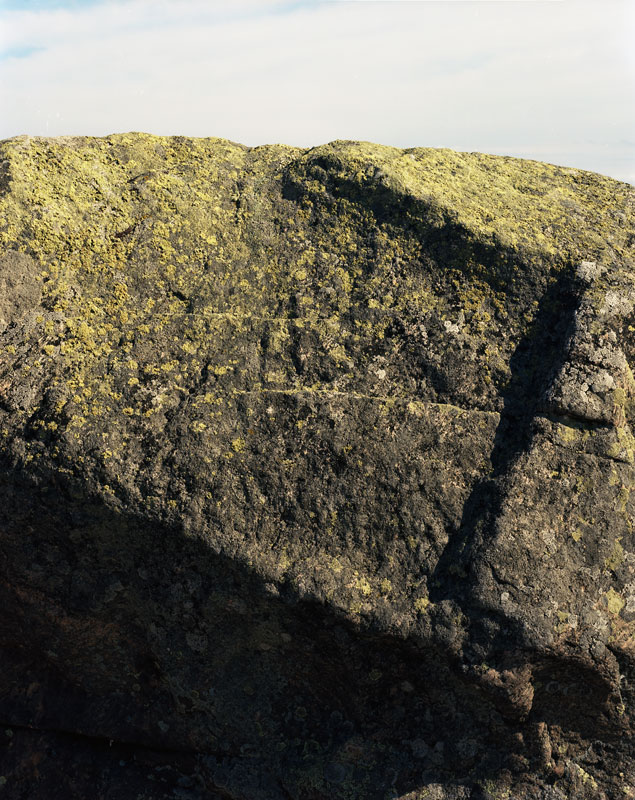 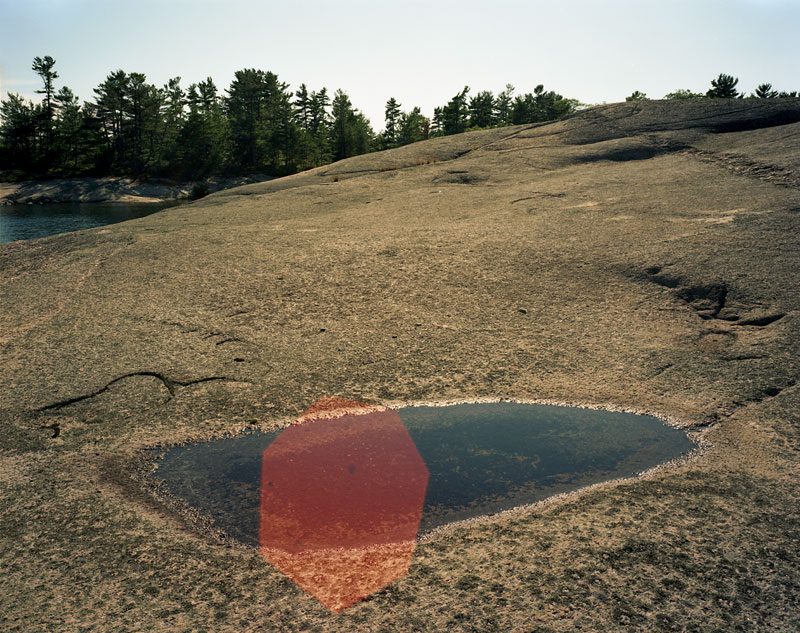 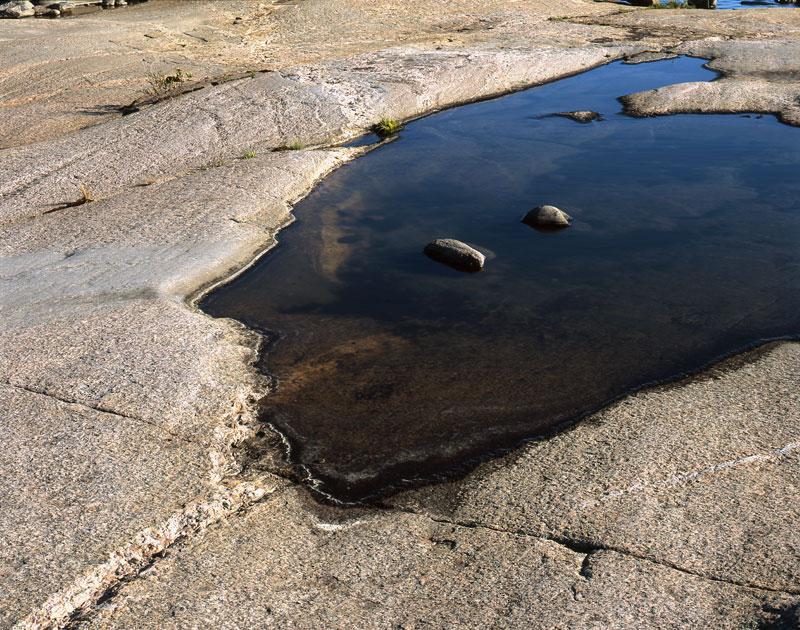 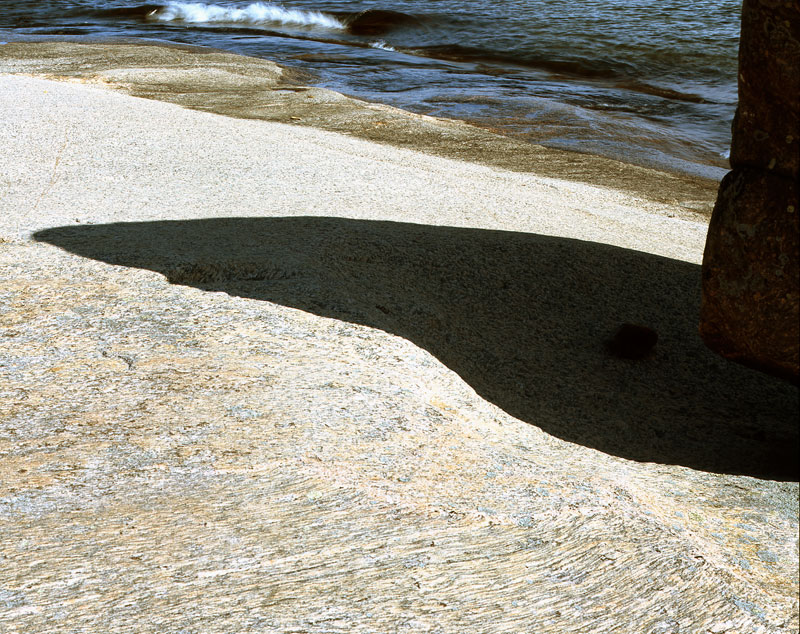 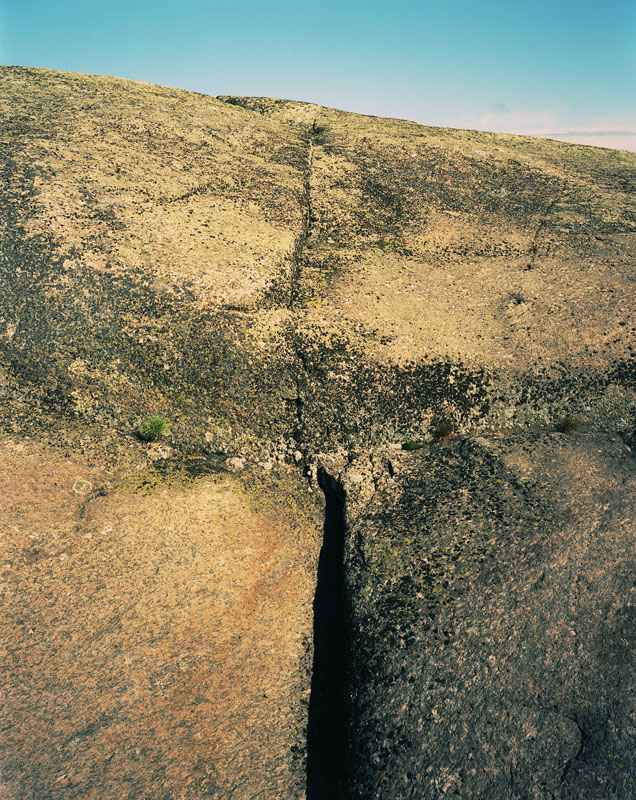 The Georgian Bay Land Trust is a non-profit group that is doing what it can to preserve Georgian Bay’s ecosystem and natural integrity. To promote and make visible this landscape, the group invites artists to travel to, stay in, and respond to this environment. In the summer of 2013 I was hosted for three days in the vicinity of Go Home Bay, in Georgian Bay’s southeast corner. In a small, fast, bumpy boat I was ferried around the immense network of islands, channels, bays, shoals, and rocks that make this place so dizzying and seductive. In one sense, every part of Georgian Bay lends itself to being photographed. On the other hand, the options become overwhelming and burdensome: when one looks across the swath of rocks, trees, water, and sky, it all seems like too much to deal with. Then, there’s the prominence this landscape has played in the history of Canadian art, which adds another layer of burden to sift through.

What I kept being drawn back to was the idea of boundaries — the edges of things, where one thing meets another. Land/water, water/sky, sky/land. This is, after all, as much a freshwater sea as it is the eastern lobe of Lake Huron, and it confronts a vast slab of granite, the Canadian Shield. While at once the threshold between rock and water is absolute, the confluence between the Bay and land is infinitely riddled, and seemingly permeable — less a margin, more an encounter. I sought out the cracks, veins, shadows, horizons, lines, ropes, roots, and edges that keep this landscape both settled in place, and in suspension.

My thanks to Janet Lougheed and the Georgian Bay Land Trust for their generous hosting.