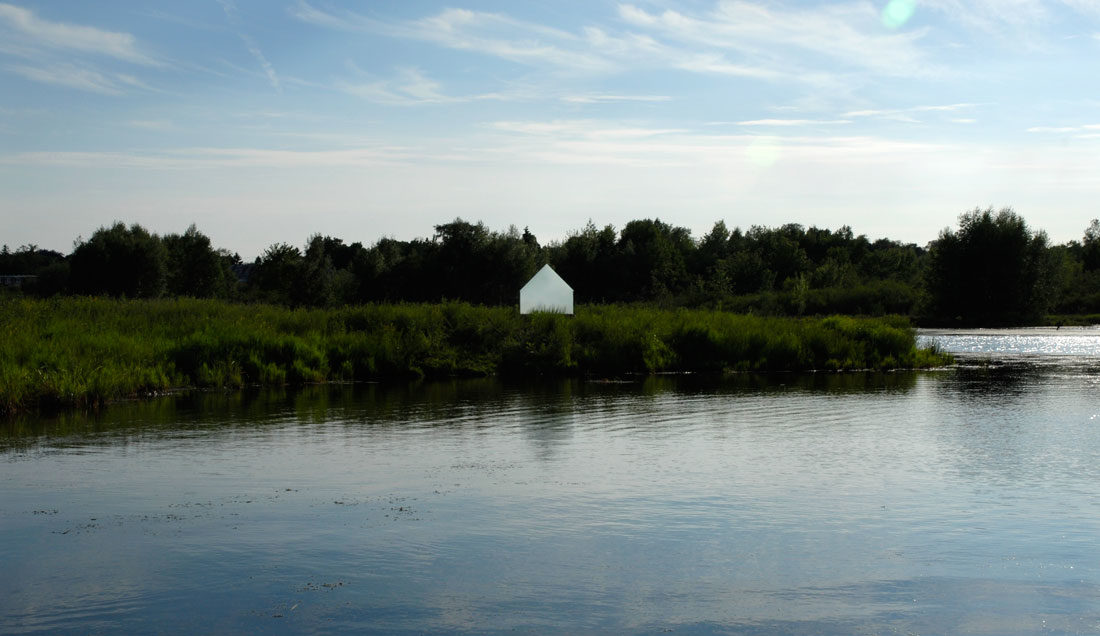 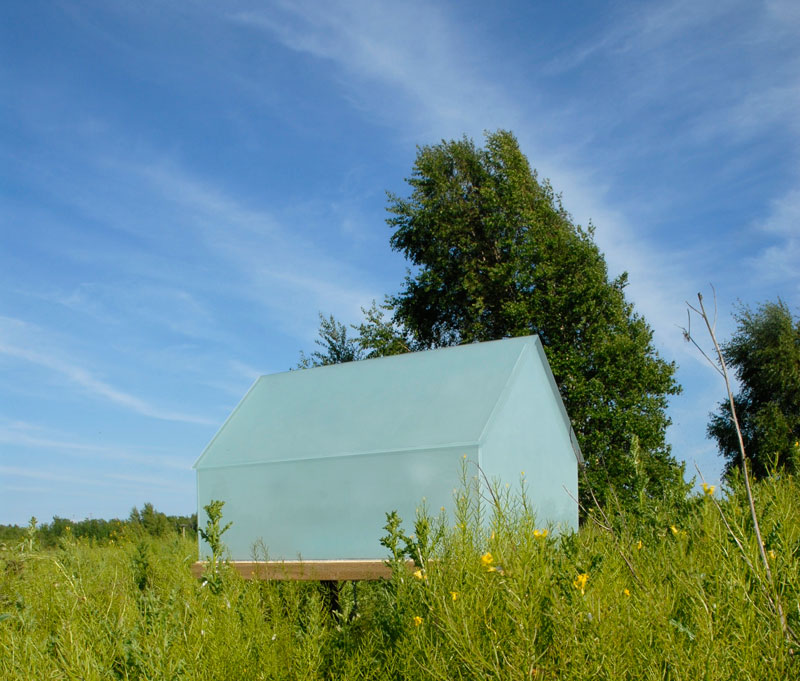 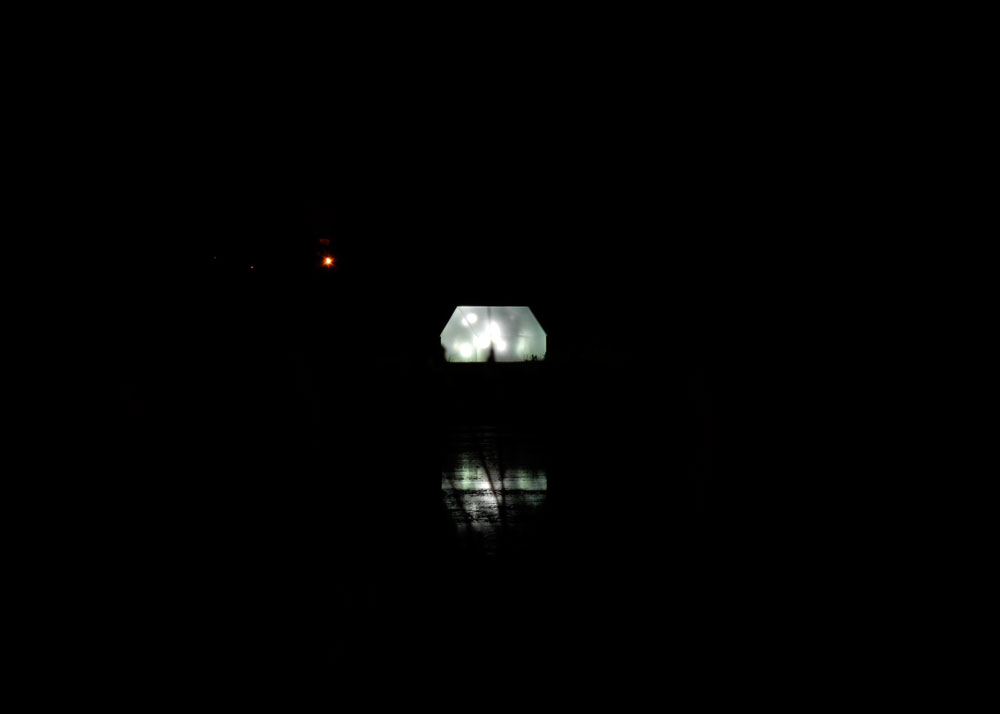 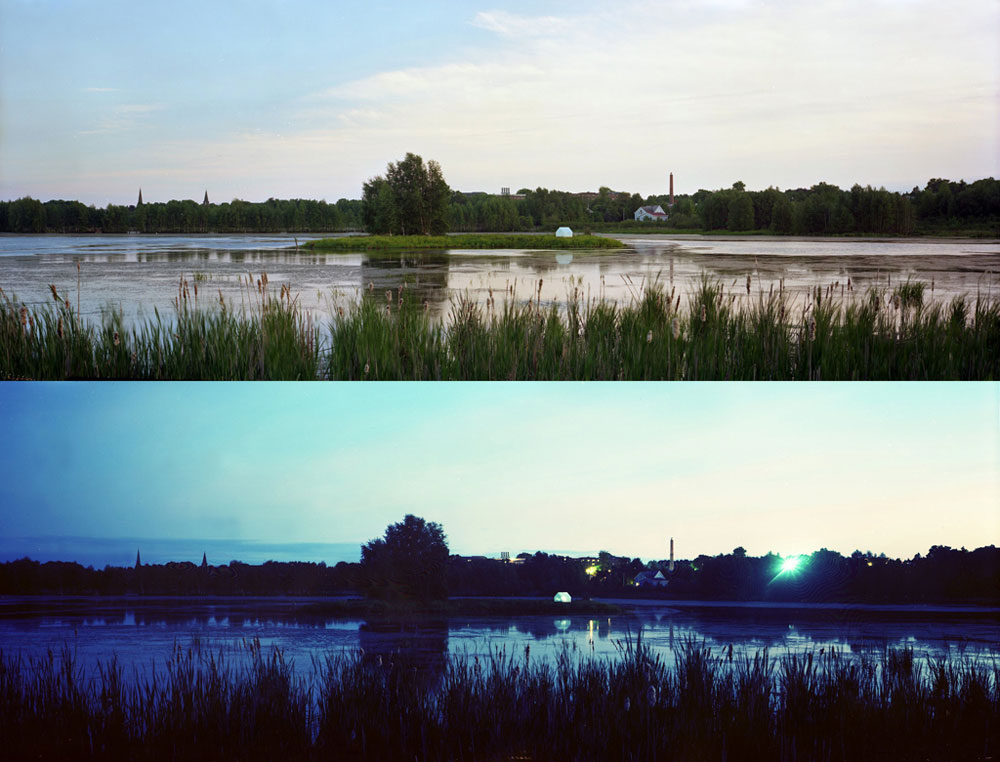 Ghost Barn is a scaled-down replica of an iconic Tantramar Marsh barn, hundreds of which were once scattered across the Tantramar Marsh, on the Isthmus of Chignecto, which connects New Brunswick and Nova Scotia. The Marsh was once one of the world’s greatest producers of hay, with over 20 000 hectares of land in production of what was then the fuel source for economies driven (or rather pulled) by horses. The Second World War brought about the widespread use of vehicles, as manufacturing centralized or was driven west. The 400-or-so marsh barns that were once used to store all that hay began their slow dance with death, falling into the earth one at at a time. Currently, about ten barns remain. Ghost Barn is an elegy for this simple, beautiful, vernacular structure. It was made and installed on an island in the Sackville Waterfowl Park in the year of Sackville’s 250th anniversary.

Ghost Barn was realized with the assistance of Renaissance Sackville.