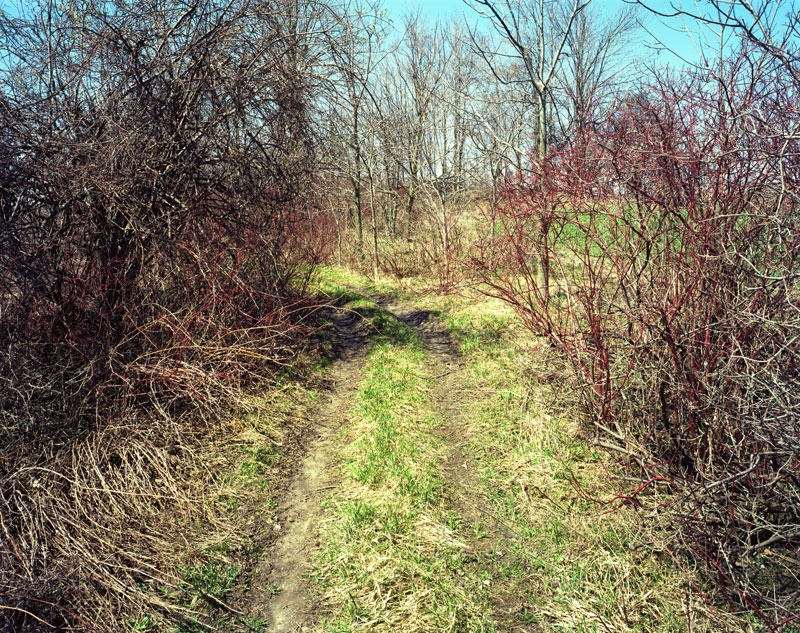 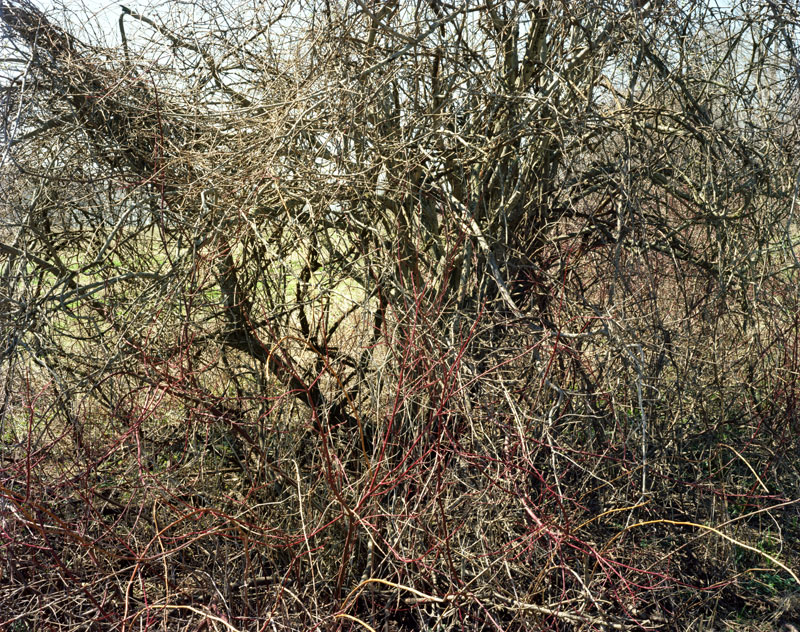 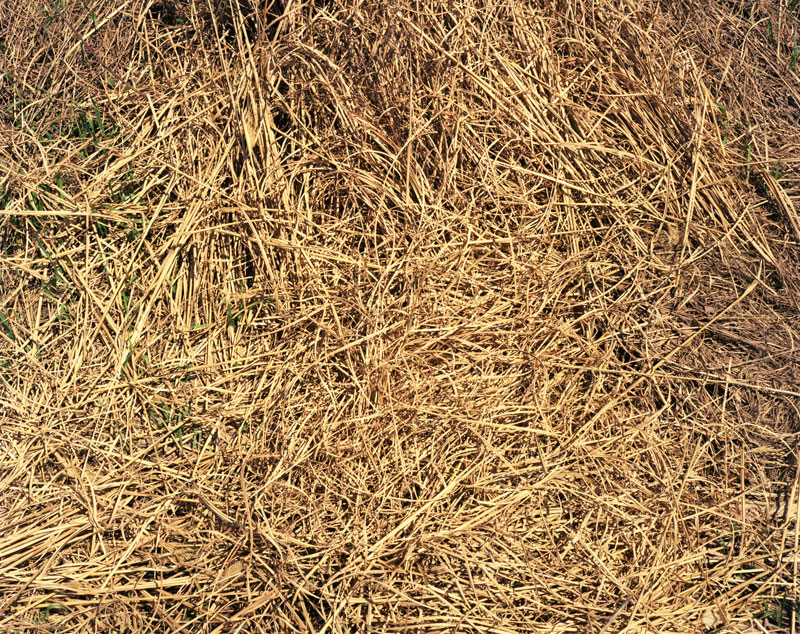 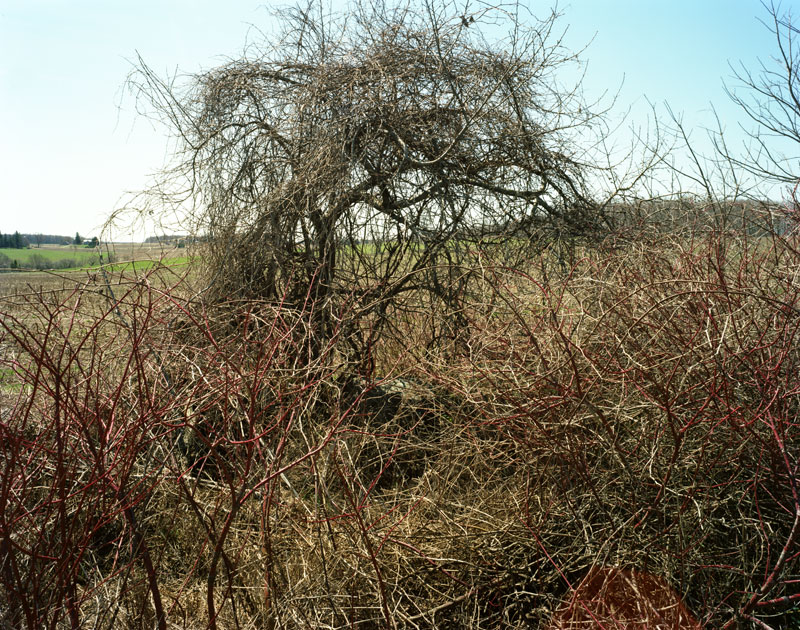 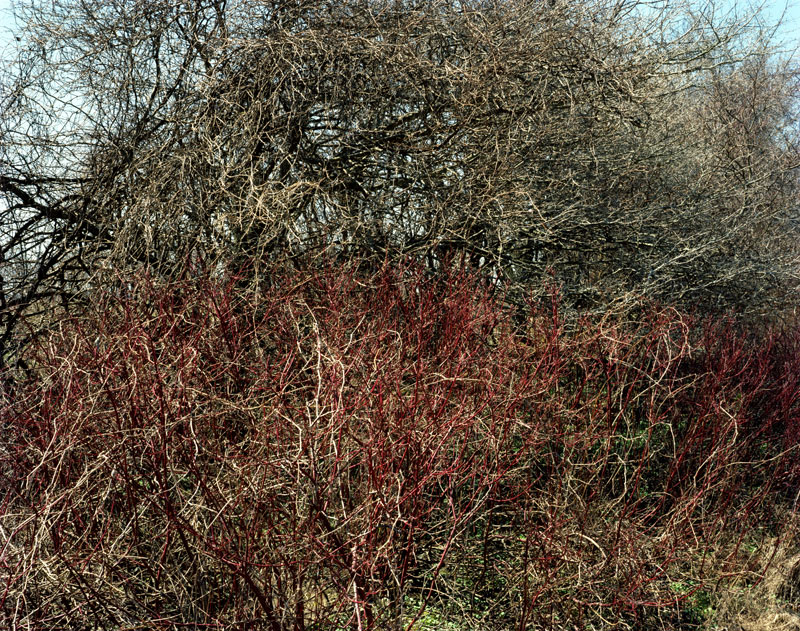 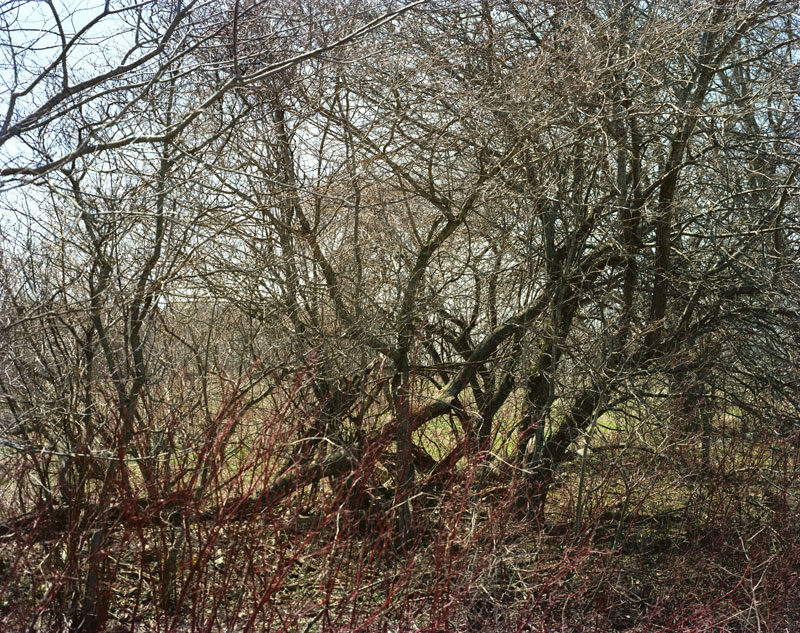 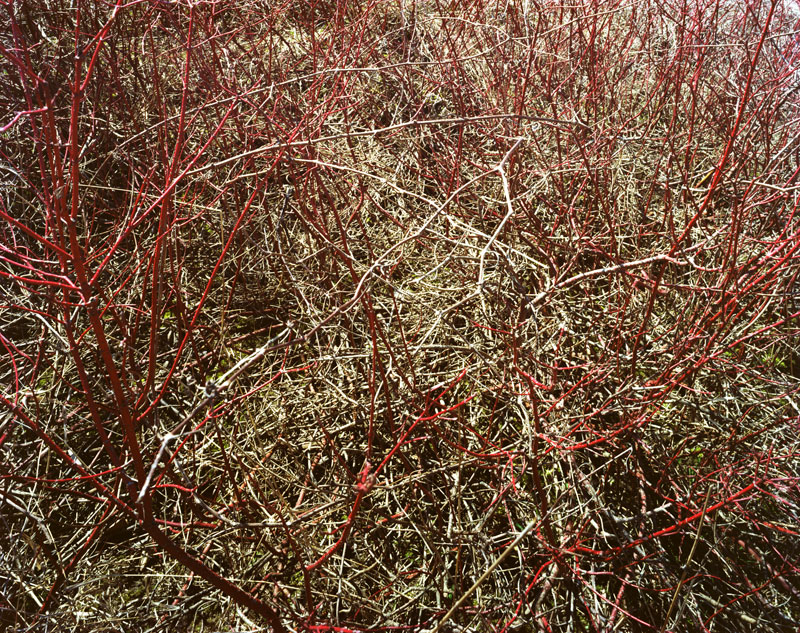 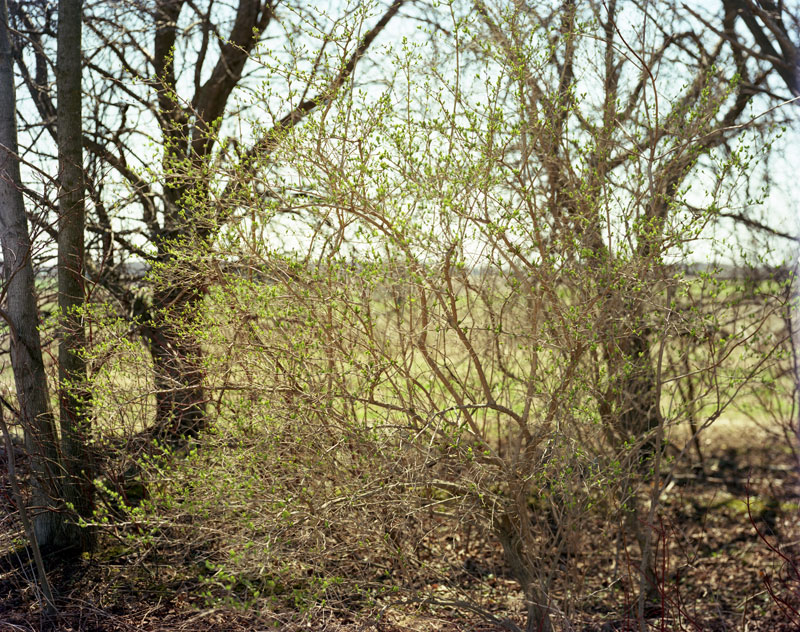 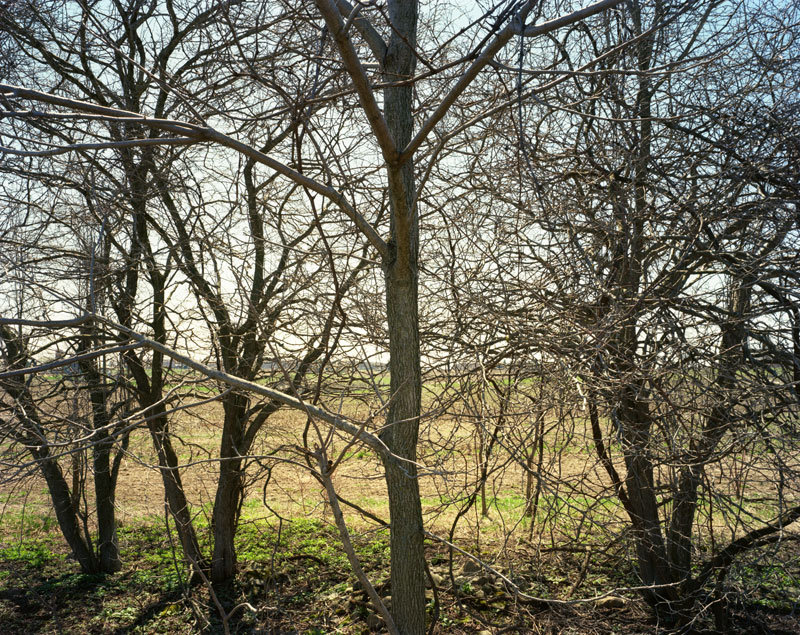 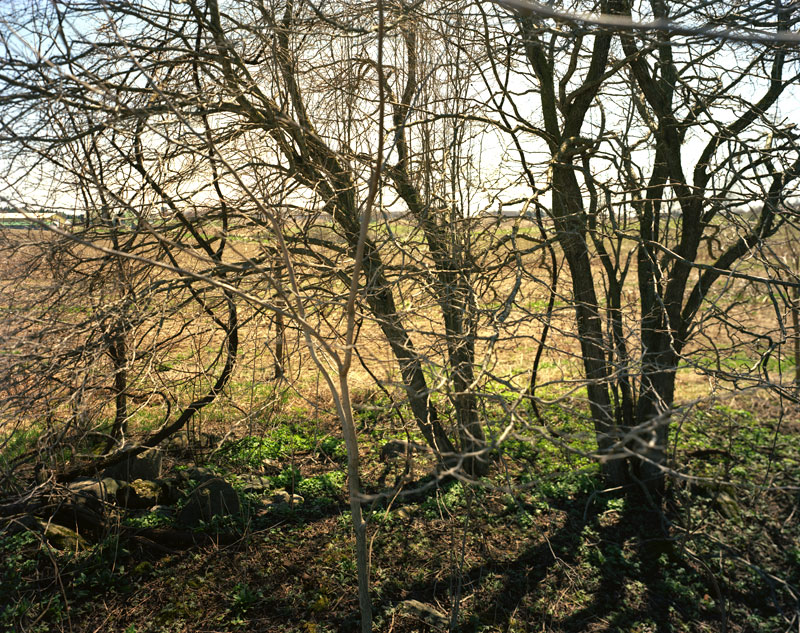 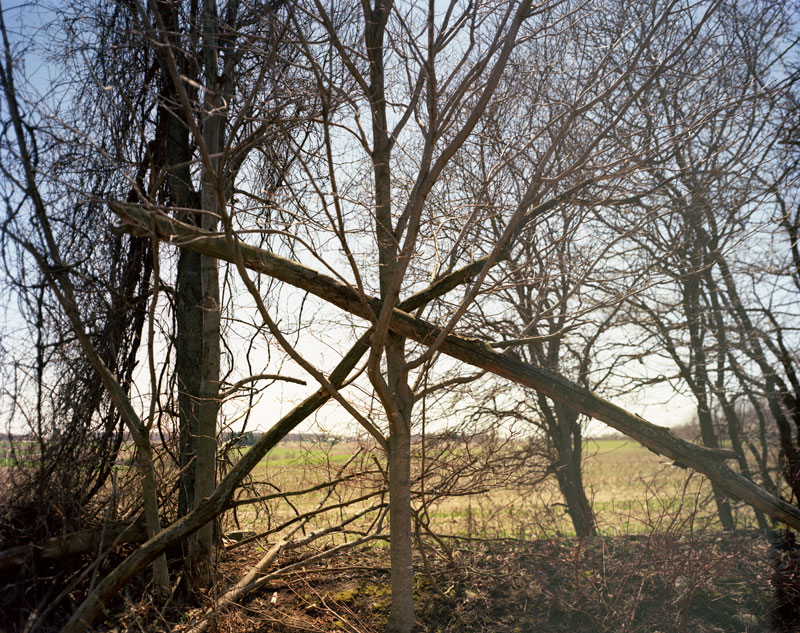 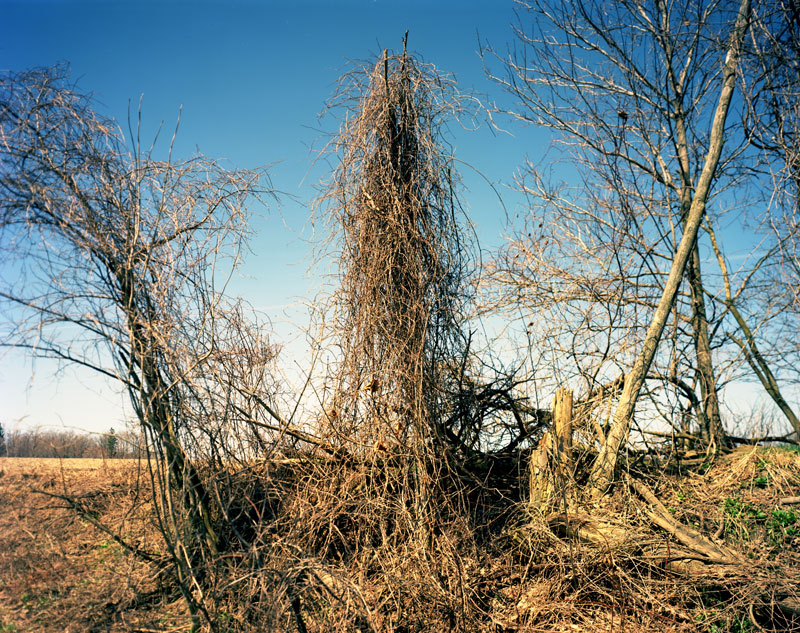 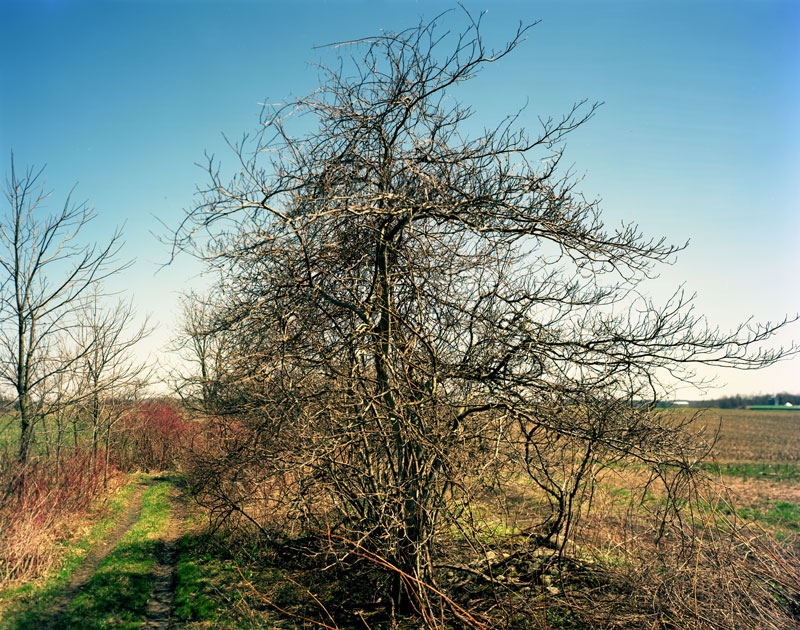 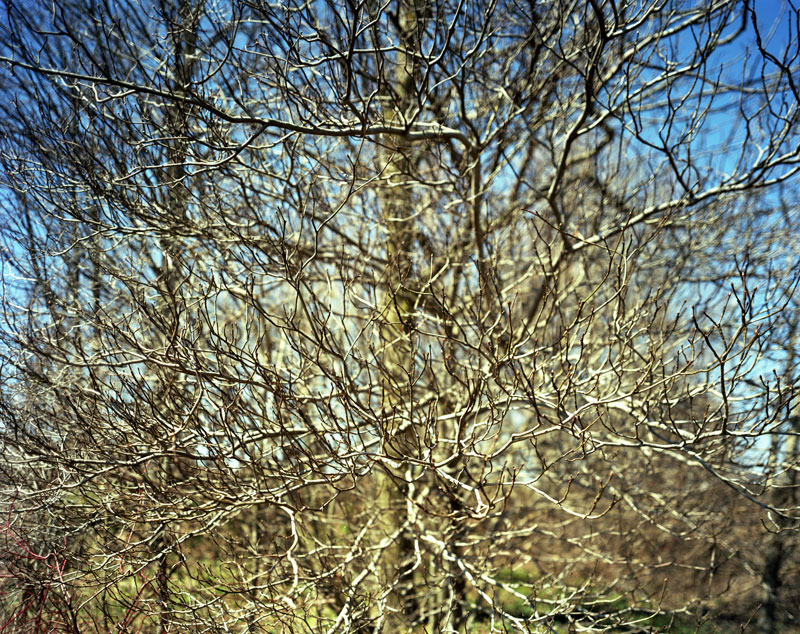 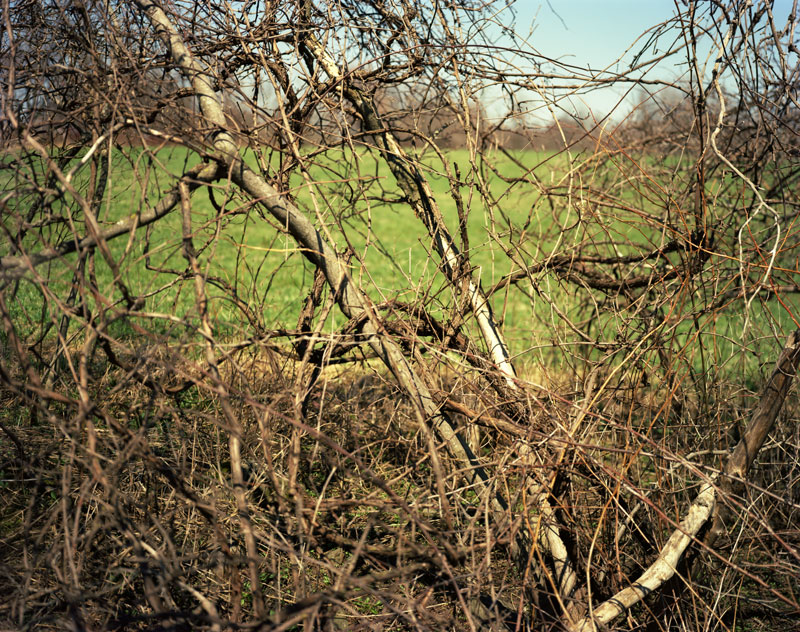 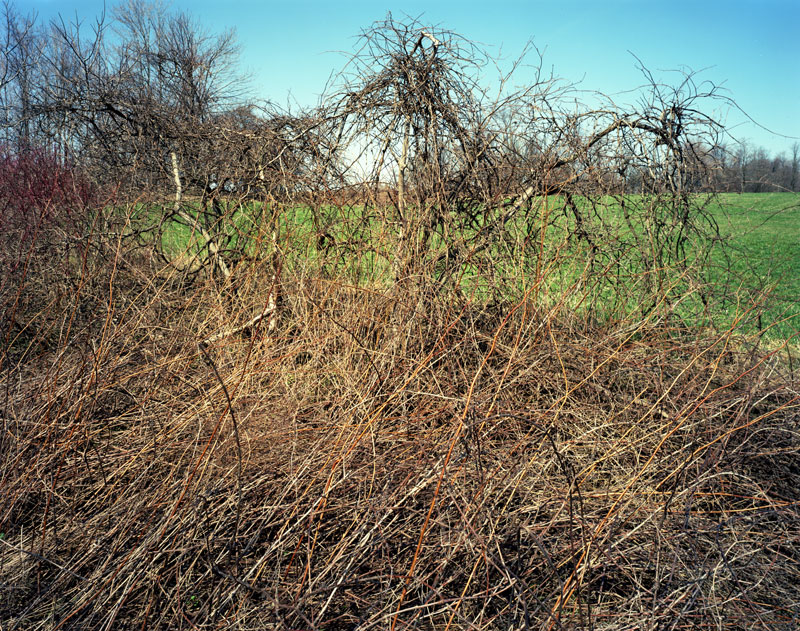 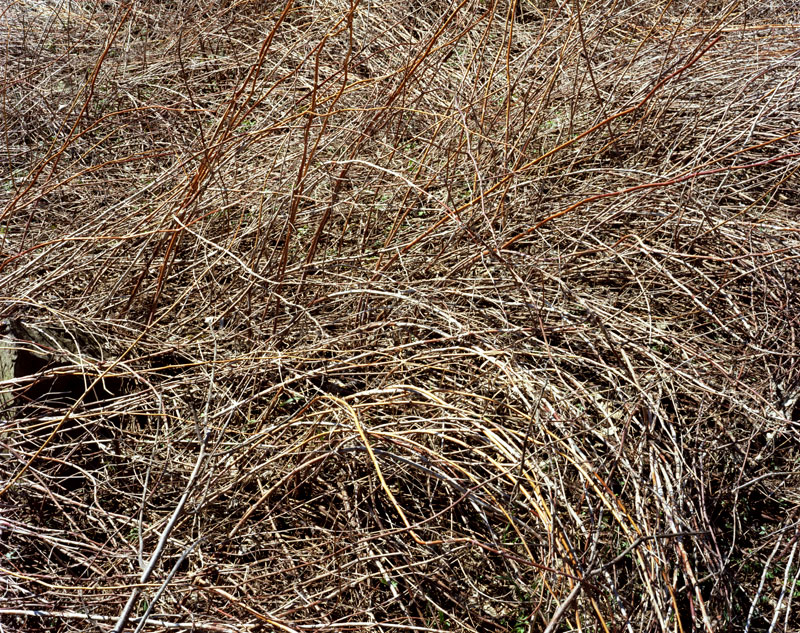 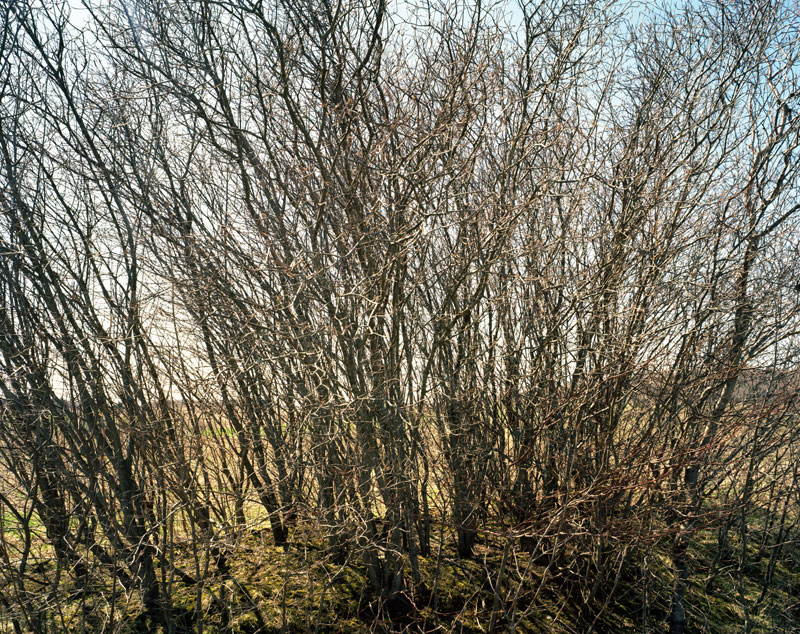 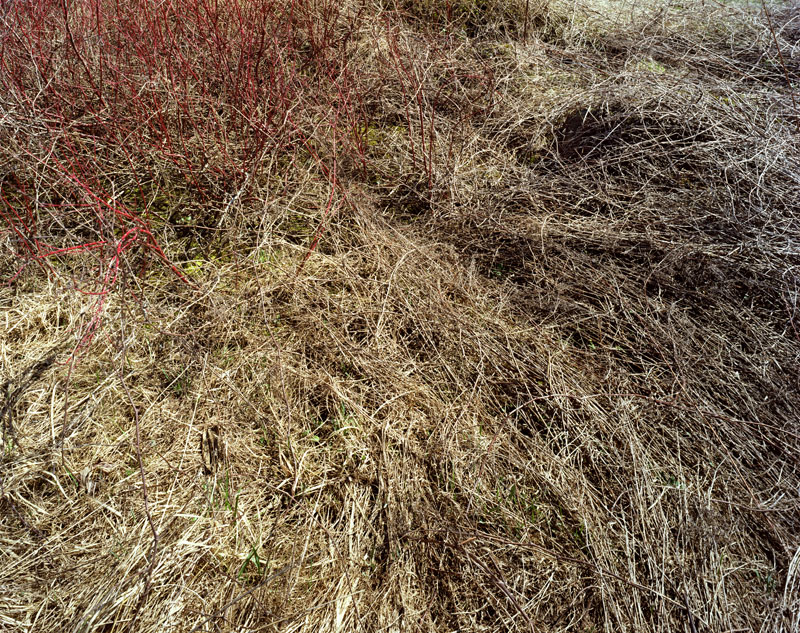 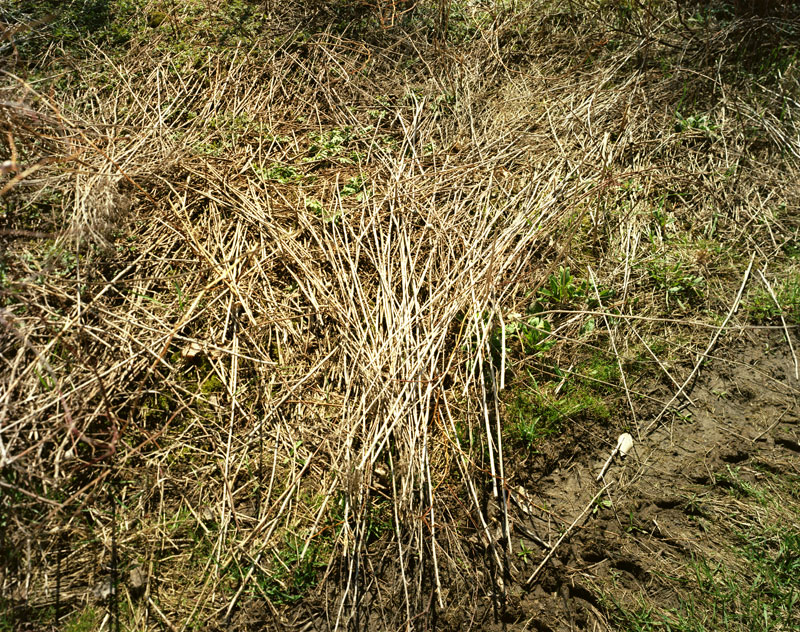 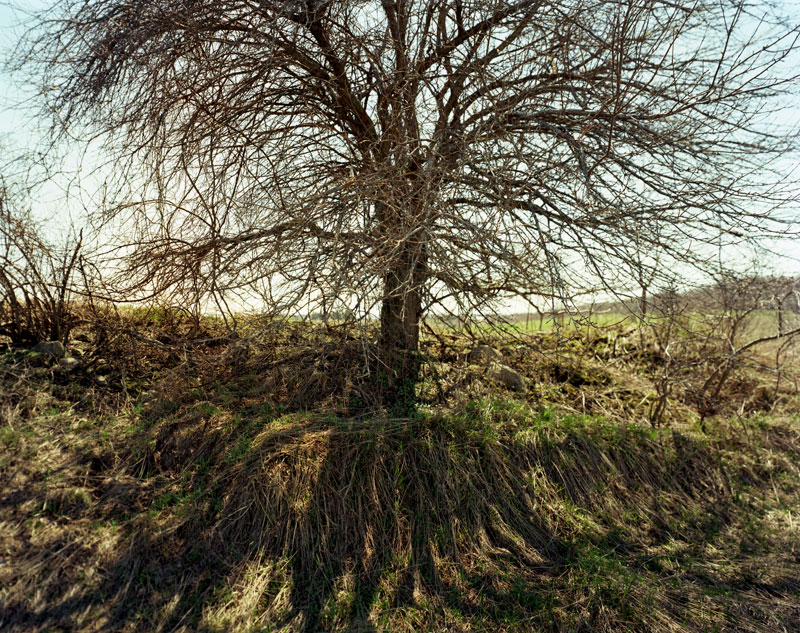 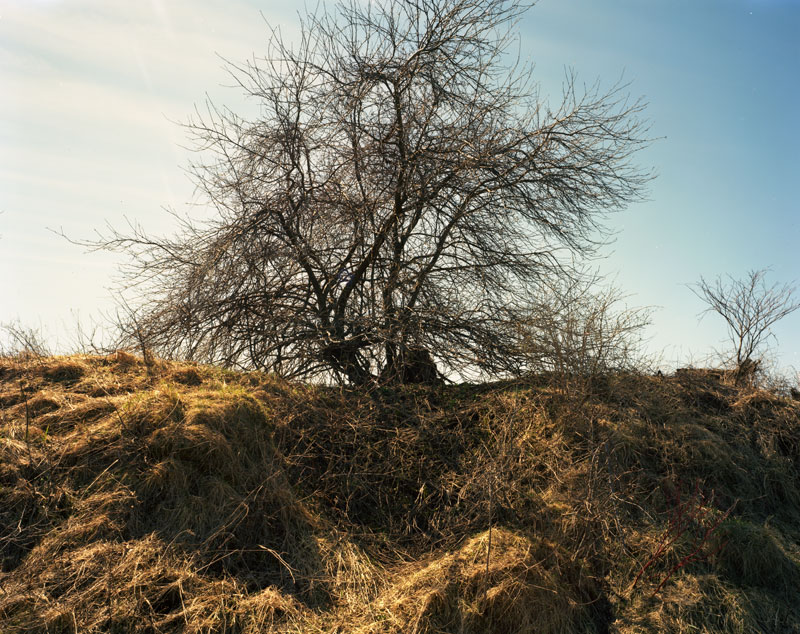 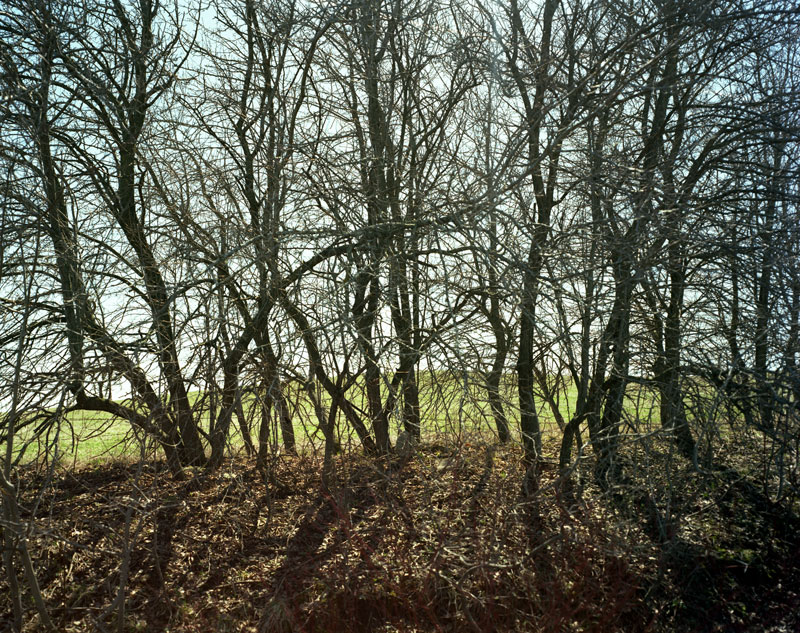 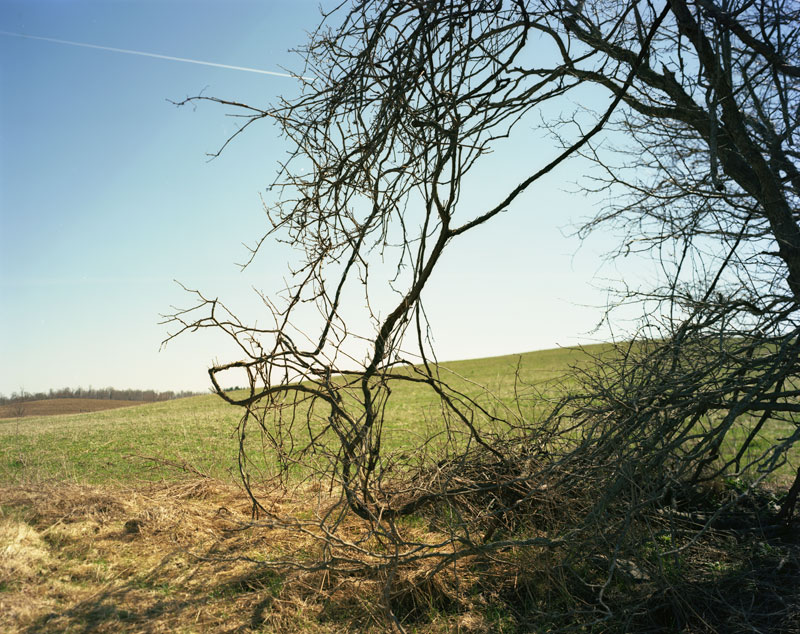 In Nithburg, a small community in the heart of Southwestern Ontario, surrounded by farmland, there is a dirt track—a hedged right-of-way, which on old maps of the area is labelled “Huron Street”.  What now is nothing but a collection of houses was once a thriving mill-town, with several mills dotting the banks of the Nith River, a tributary of the Grand River, which it joins in Paris. As a result of the usual backroom dealings of railroad men and politicians, the train that might have gone through Nithburg was routed instead through nearby Stratford, spelling the boom of that town, and the demise of Nithburg. The old map has names for places that never came to exist—allowances for further growth. The only human traffic now seen on Huron Street is the occasional walker, skier, hunter, ATV. Mostly it is the domain of deer, squirrels, ladybugs, and everything in between.

In the span of three hours on a blindingly sunny early-April day, I photographed along the length of this track, a delineation between farm fields. This is not an intentional hedge, but a proliferation of nature which has bubbled-up in the brief margins afforded by property lines that don’t quite meet. This is a brief, linear world that has made up in density what it lacks in volume. In the compressed timeline of the photographs, I took what advantage I could of the raking sunlight rattling-around in the maelstrom of trees, shrubs, vines, and grasses. The sun was compiling new seasonal heat, but leaves were still mostly still hiding in their buds, and what was revealed was the architecture, the armature of the vegetation. This is a meditation on the busyness of the liminal, overlooked world that is thriving precisely because we neglect it.