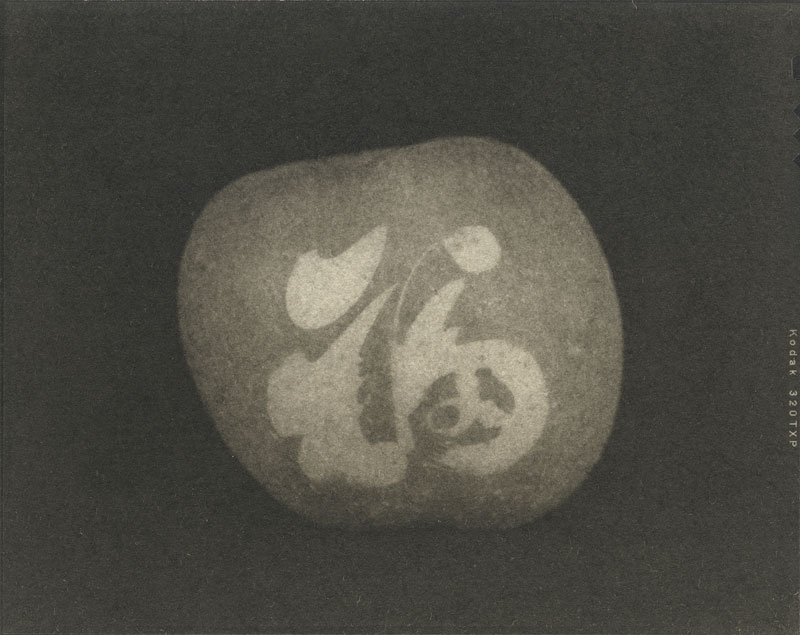 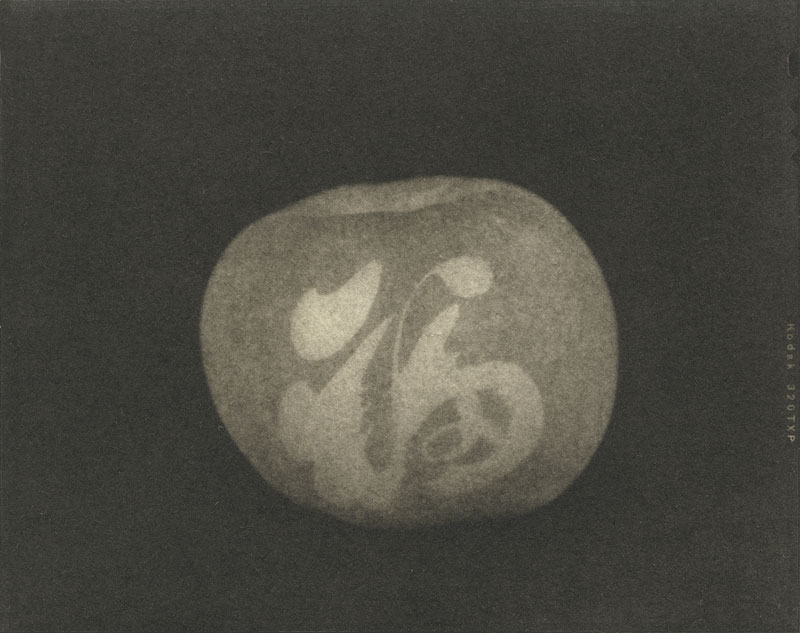 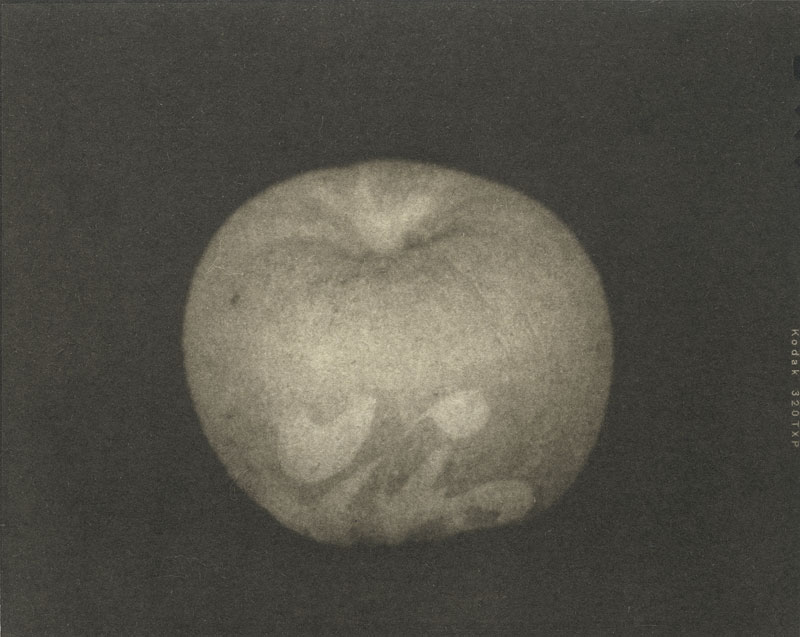 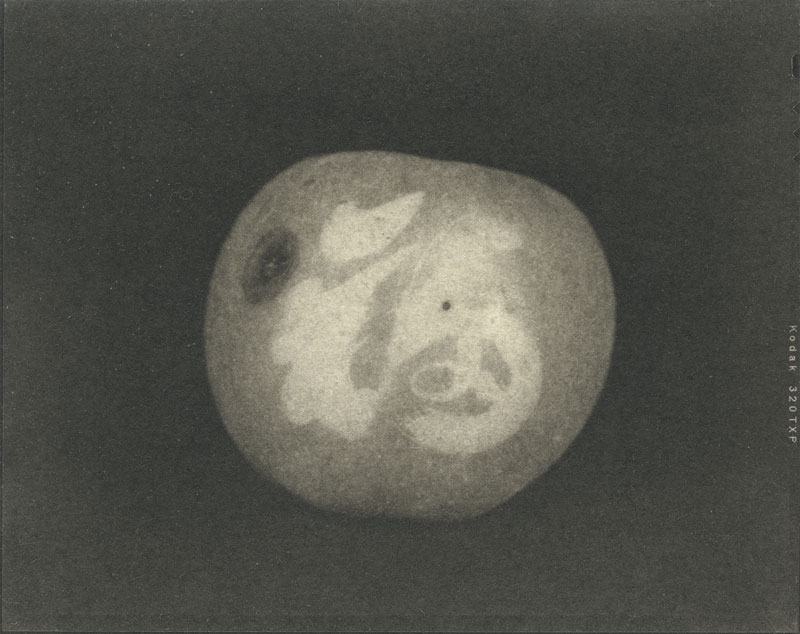 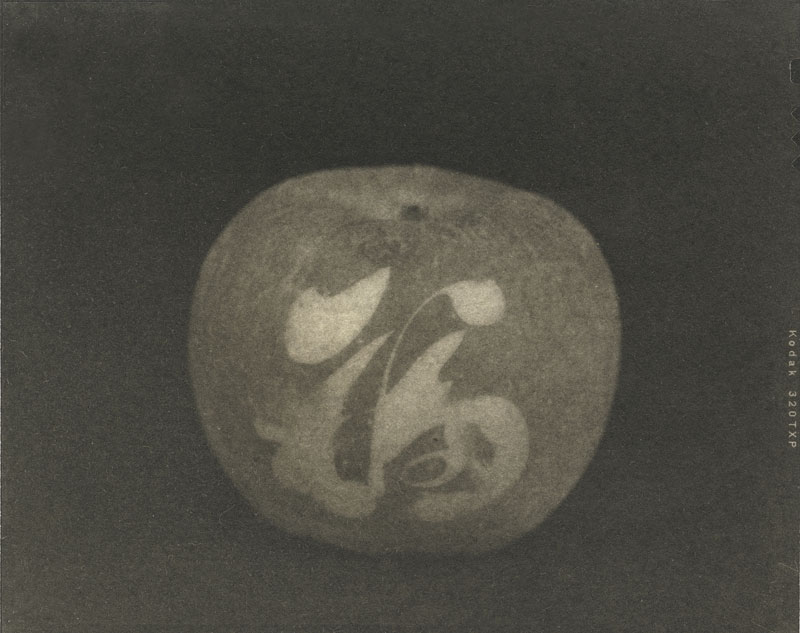 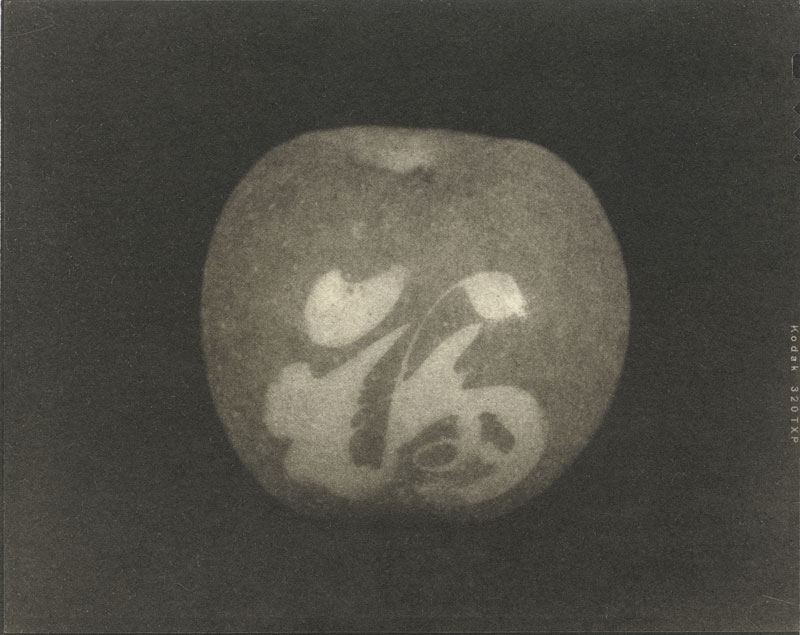 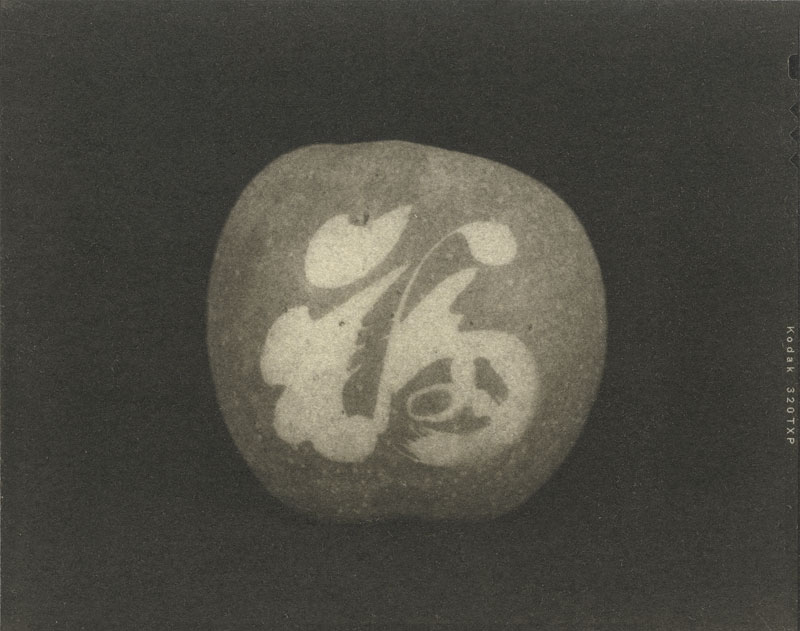 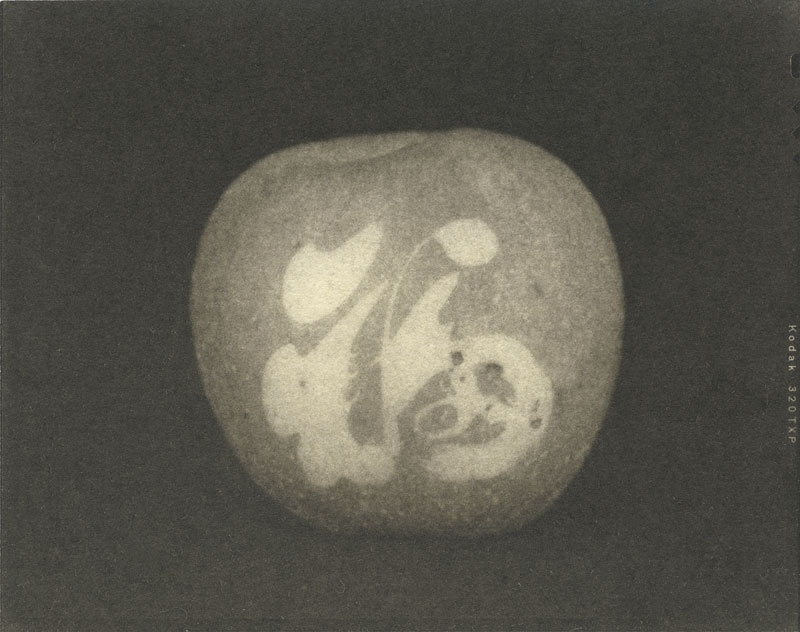 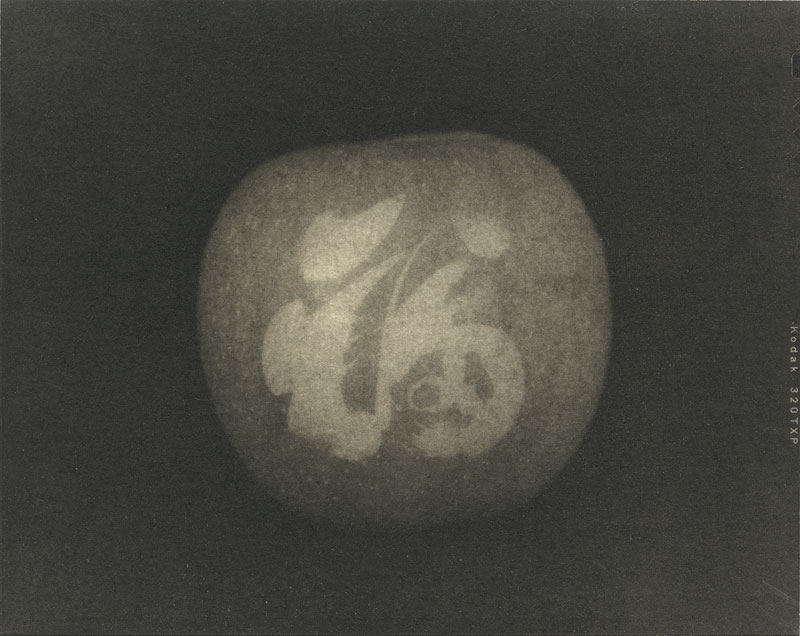 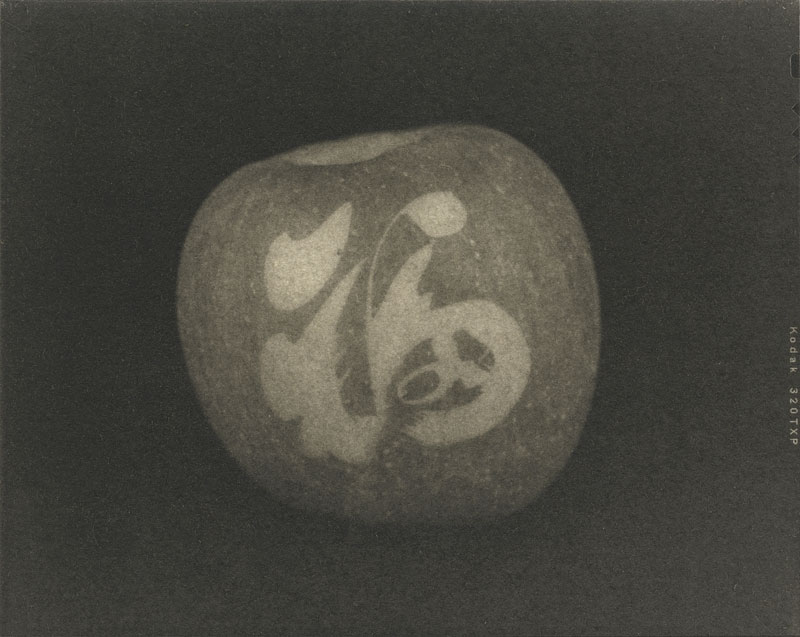 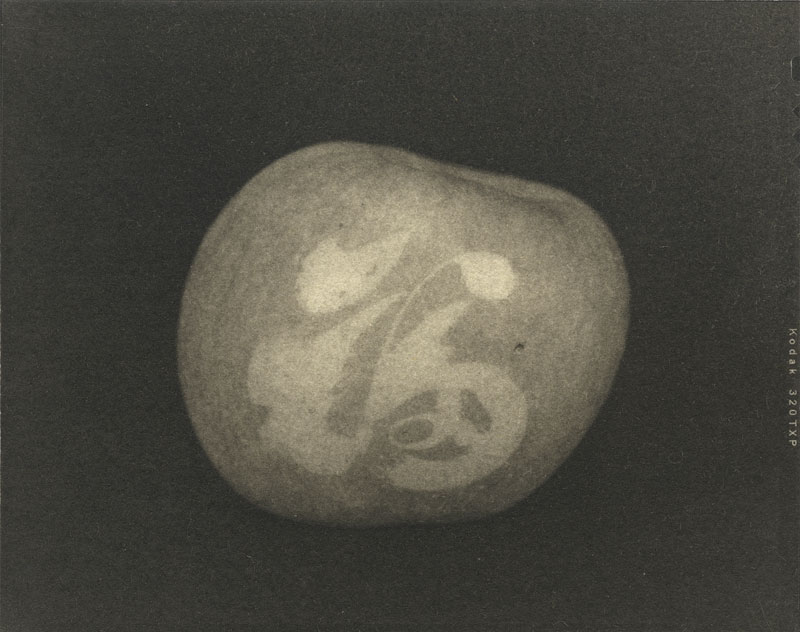 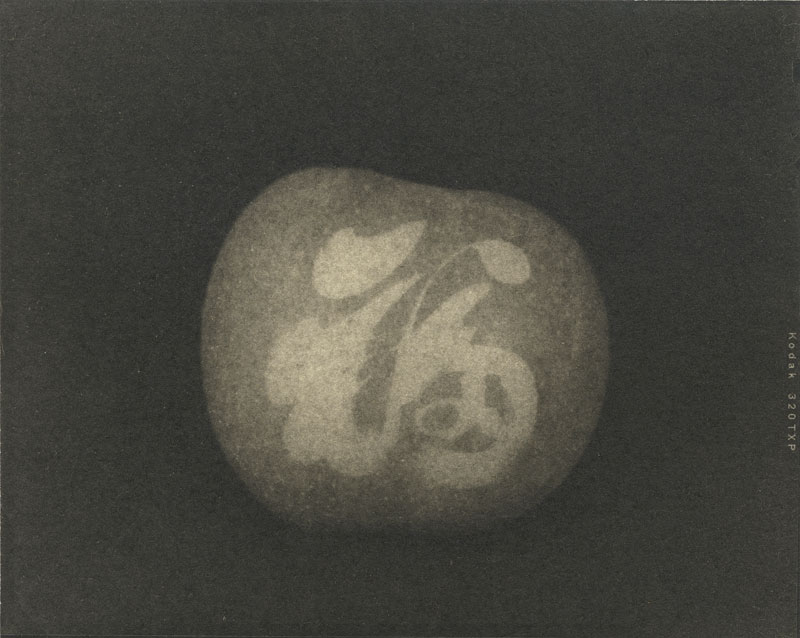 At a point when I was thinking a great deal about photograms and shadows, with their associated concepts of trace, ephemerality, and permanence, I walked into the grocery store and was confronted by a cardboard box containing twelve apples. They were displayed behind a plastic window, in individual compartments, each apple cushioned in its own foam lattice. These were no garden-variety apples, but celebratory apples in anticipation of the Chinese New Year, each bearing a character that conveys blessings. Standing there, puzzling about how this character got onto the skins of the apples, I was shocked and delighted to realize that they were, basically, photograms. The fruit is kept wrapped in dark paper while growing on the tree until close to its harvest, when the paper is removed and a black plastic character decal is applied to the apple. The sun colours the apple’s exposed skin red, like a sunburn (they are Fuji apples), leaving the underlying skin a pale yellow.

The series Blessing consists of twelve 4” x 5” platinum-palladium prints on rag paper, printed in an edition of five.