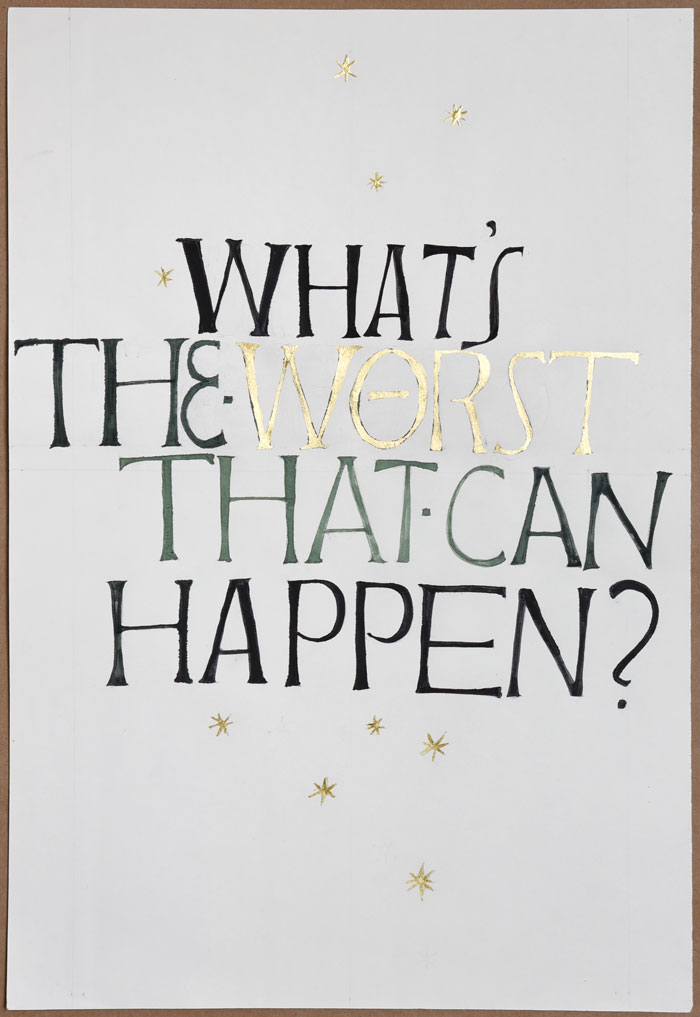 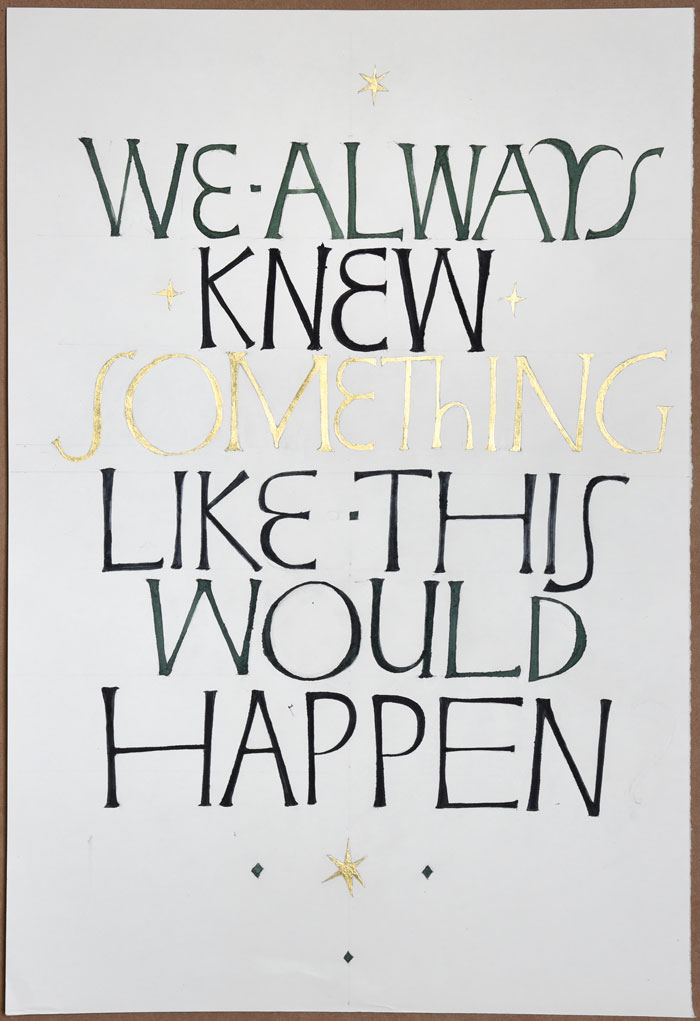 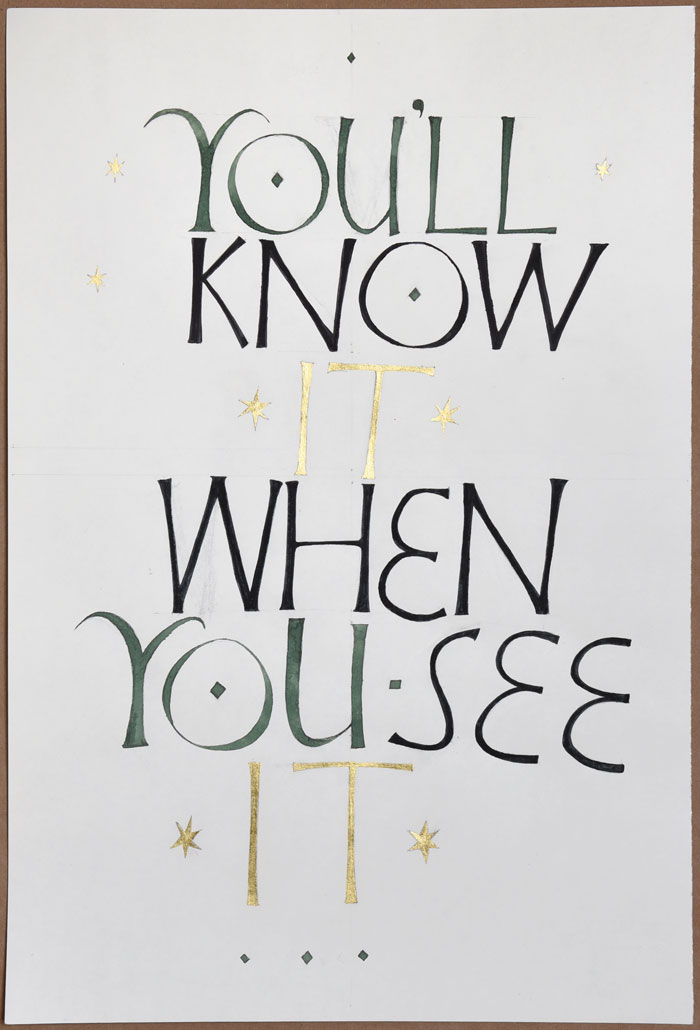 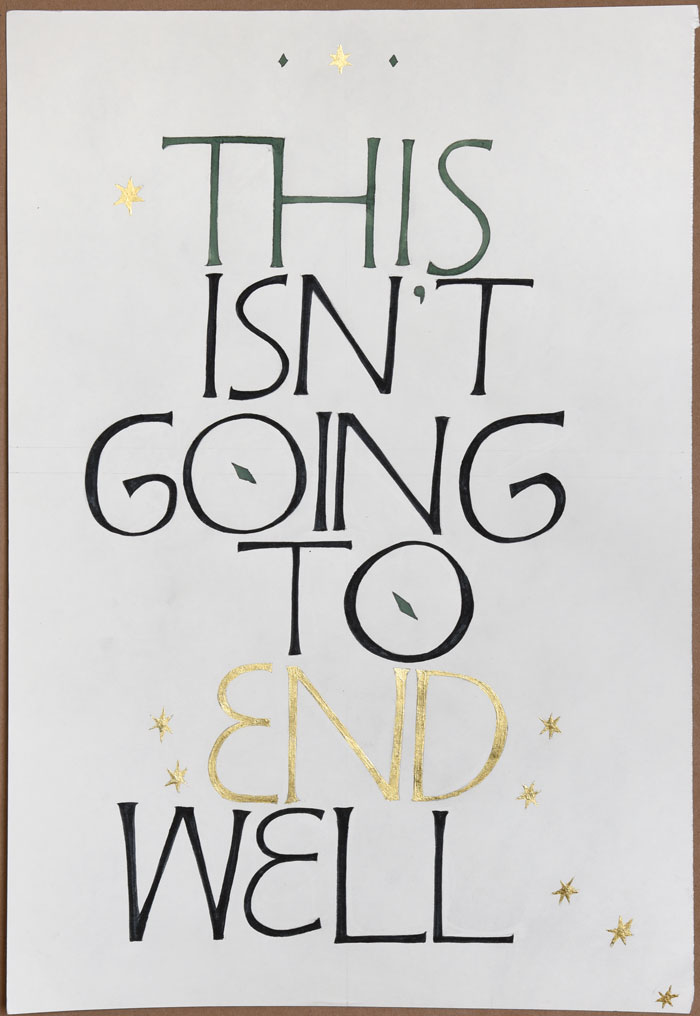 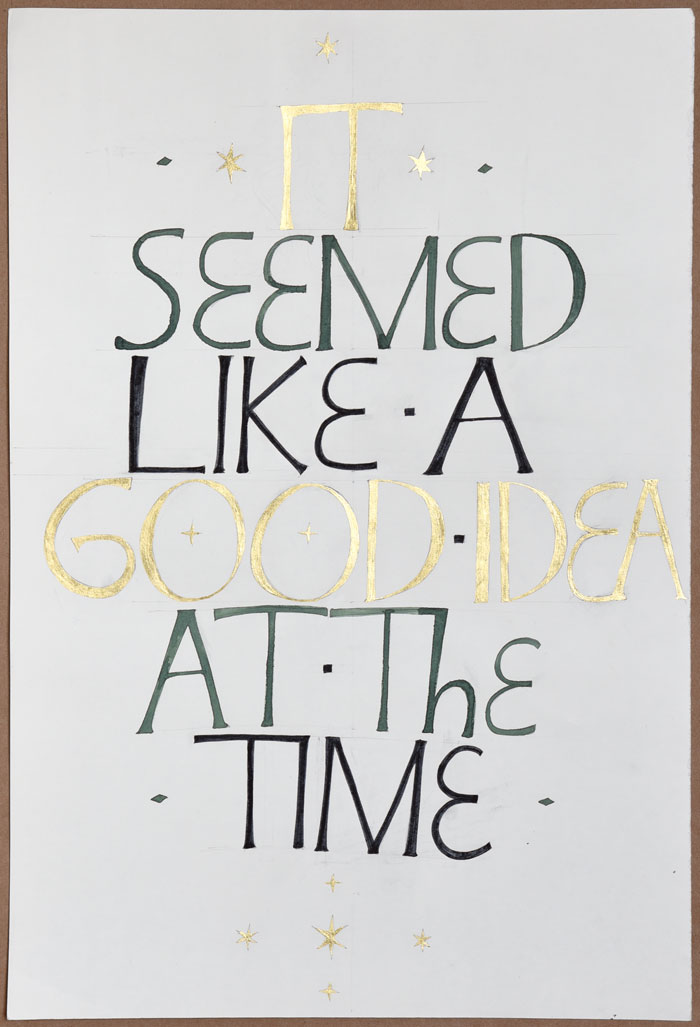 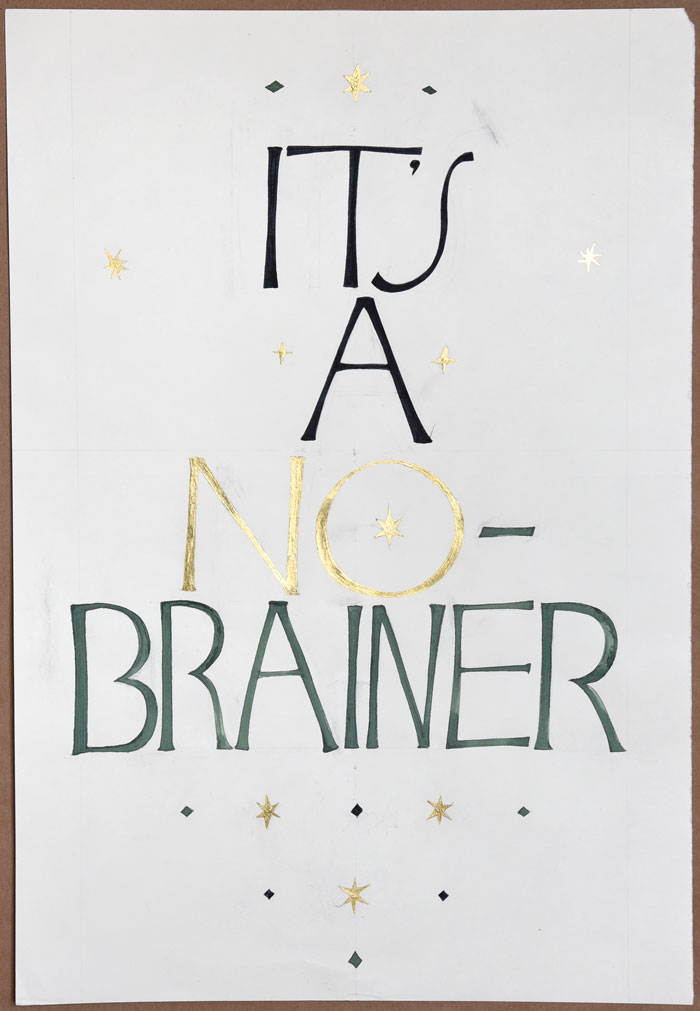 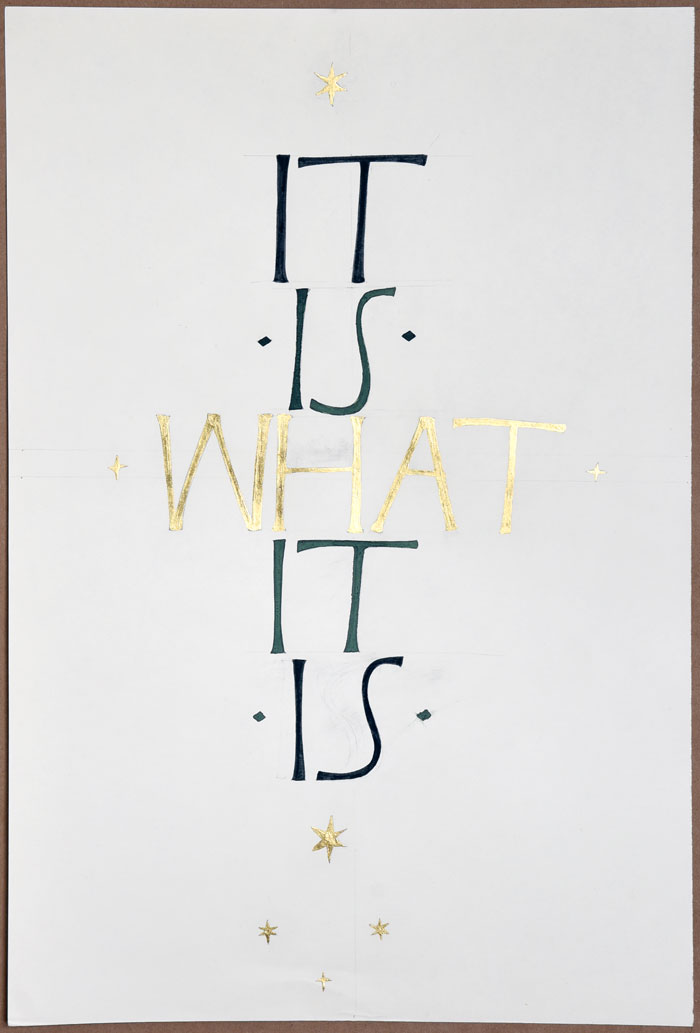 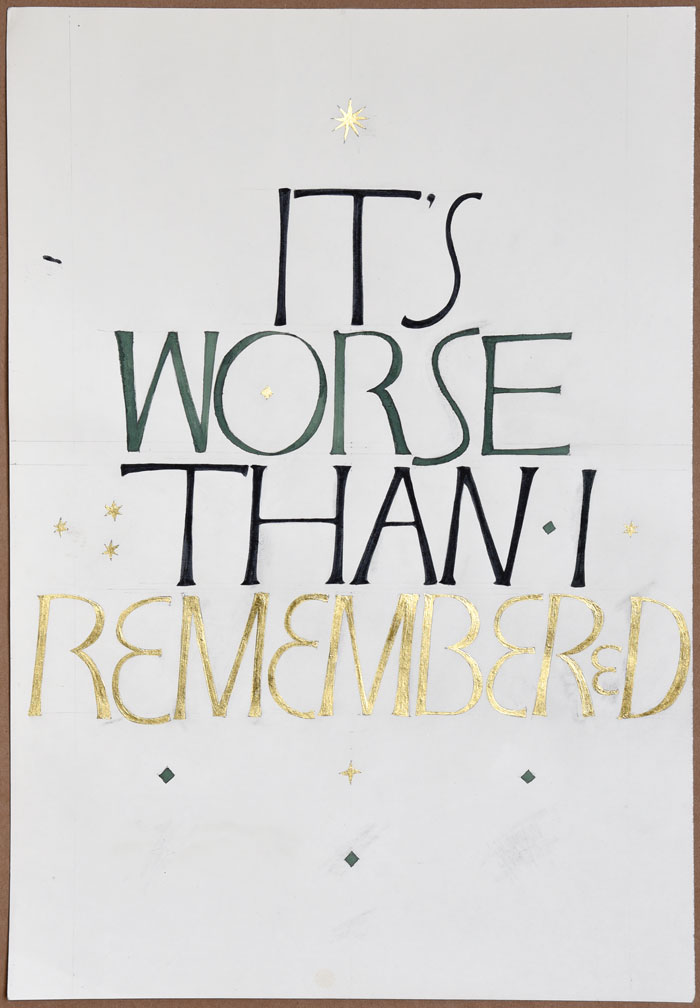 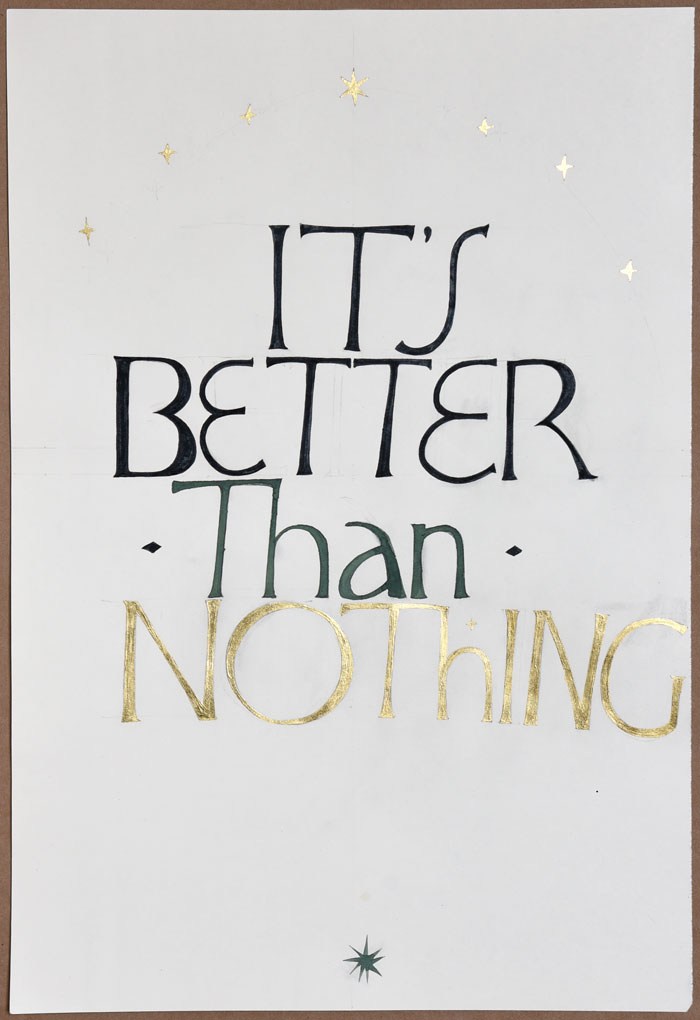 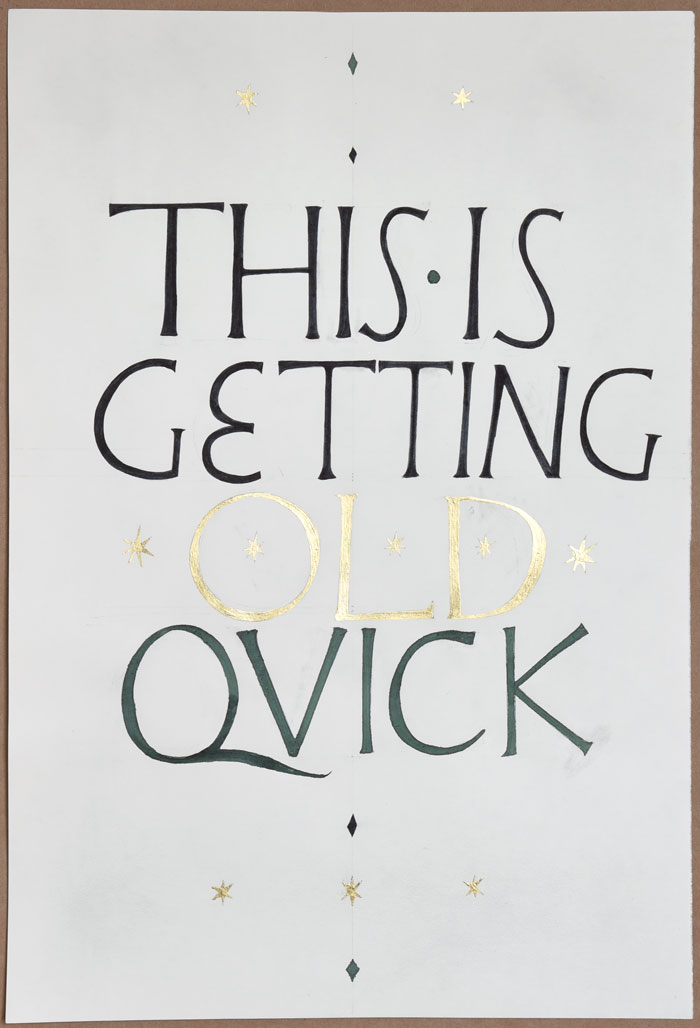 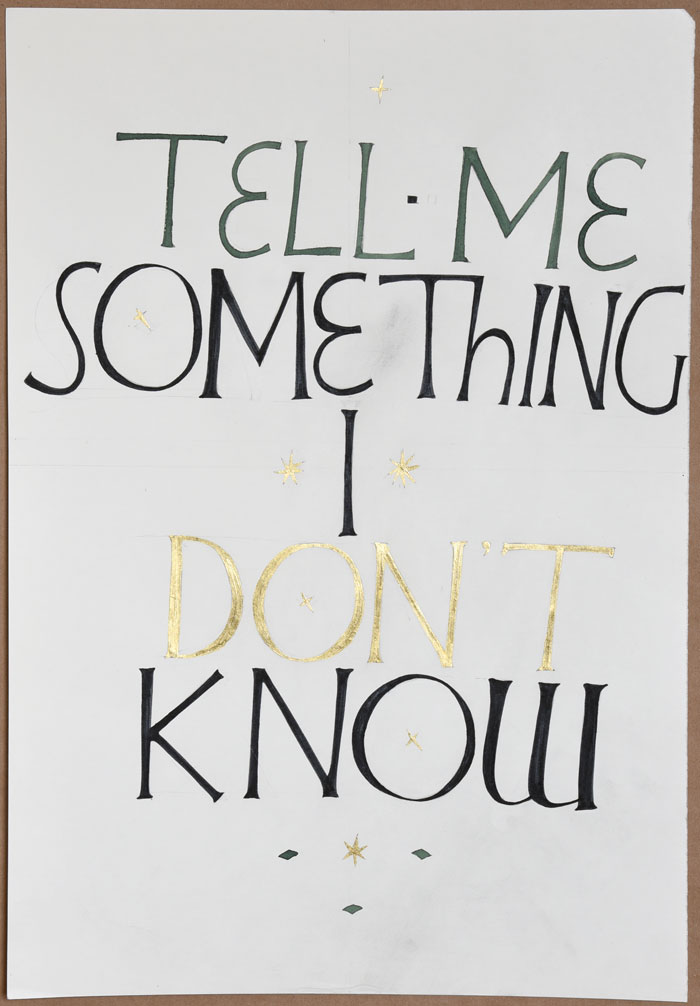 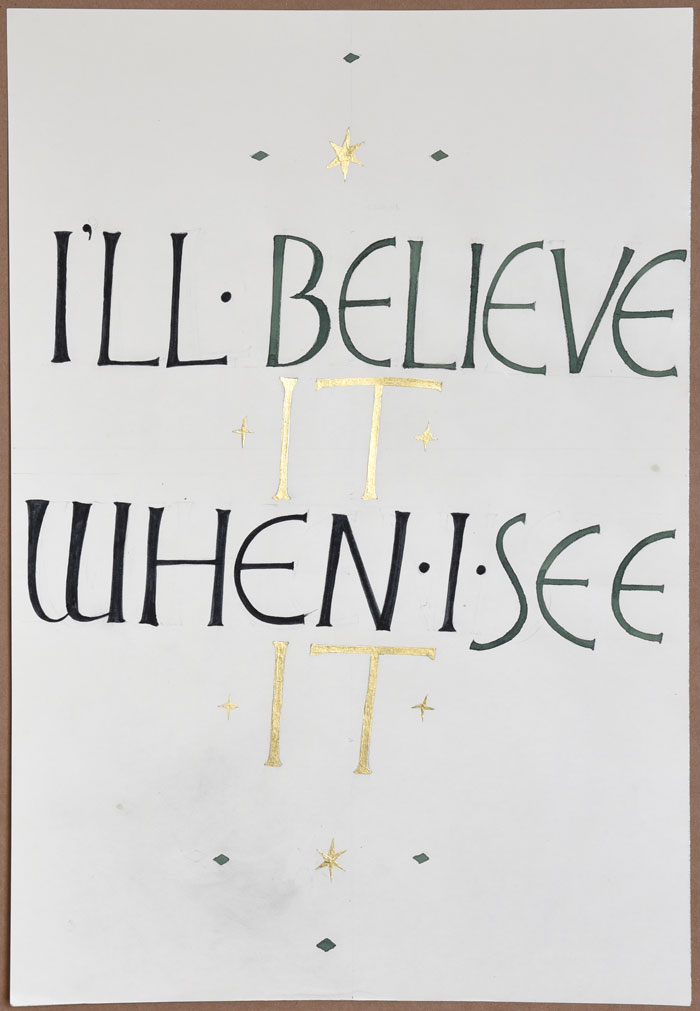 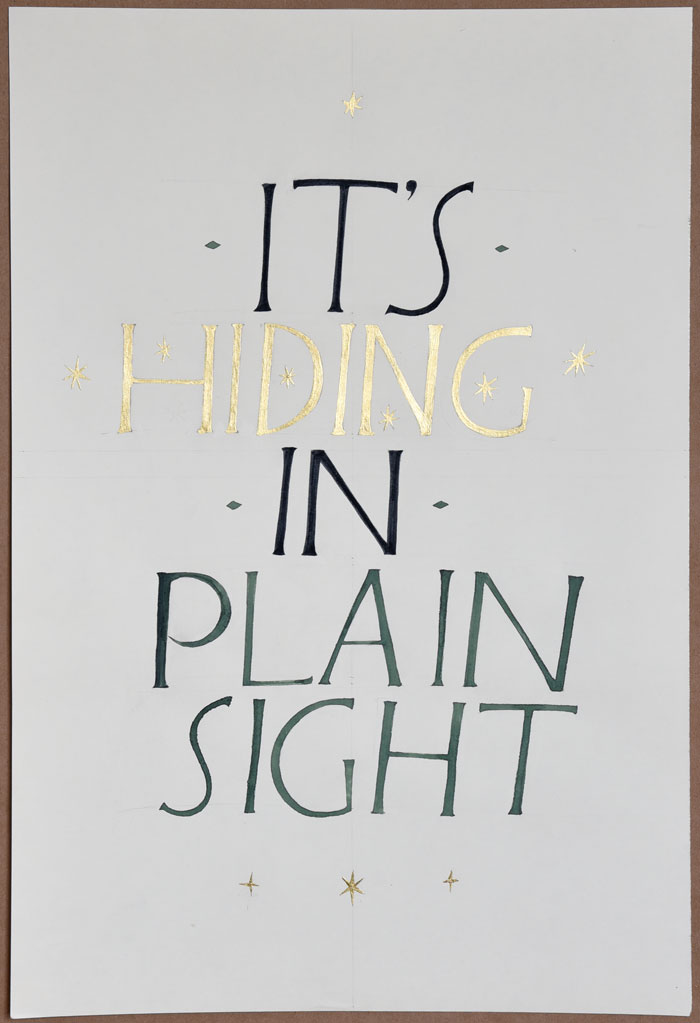 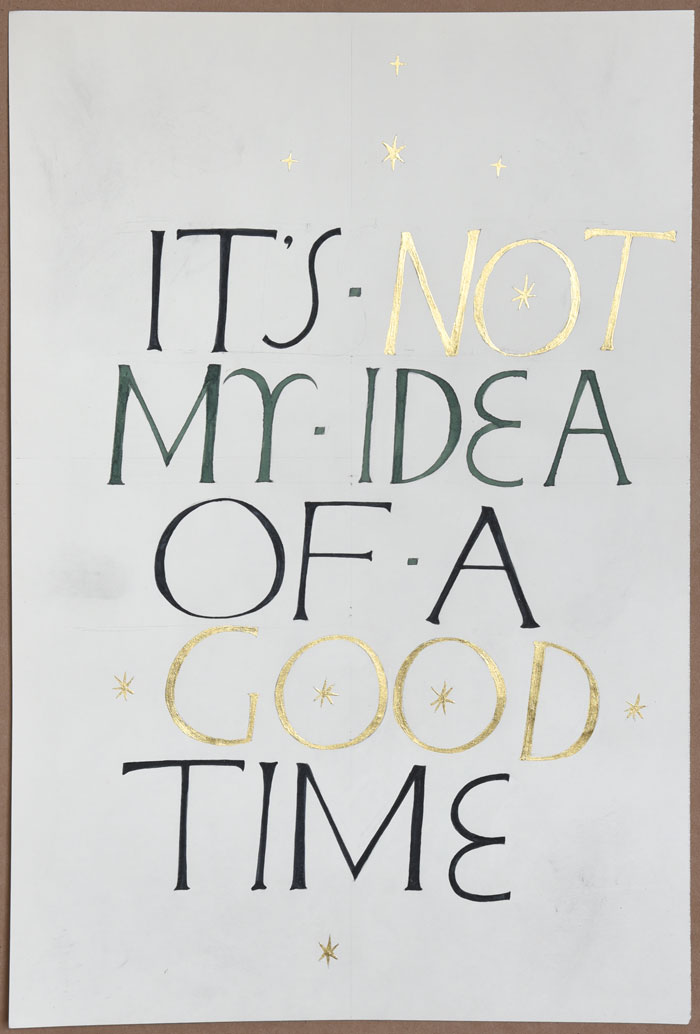 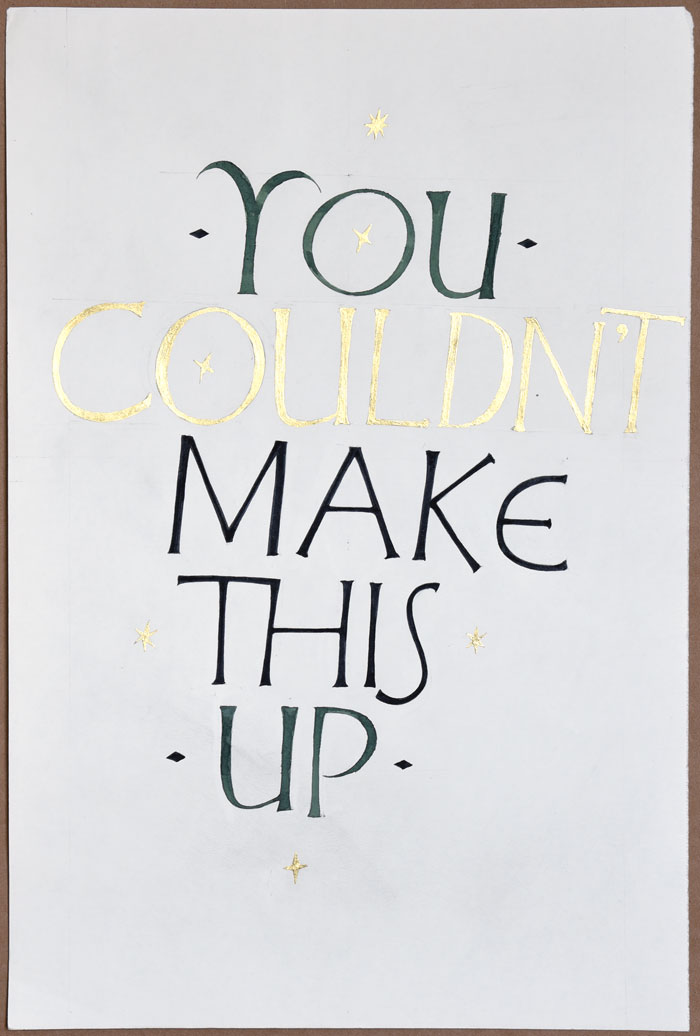 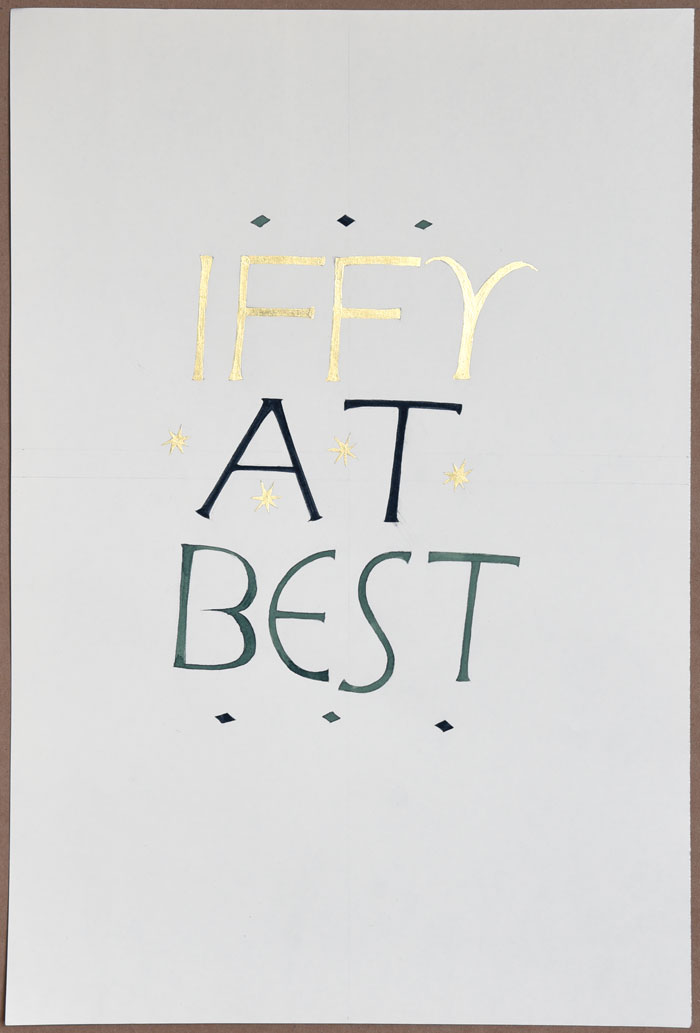 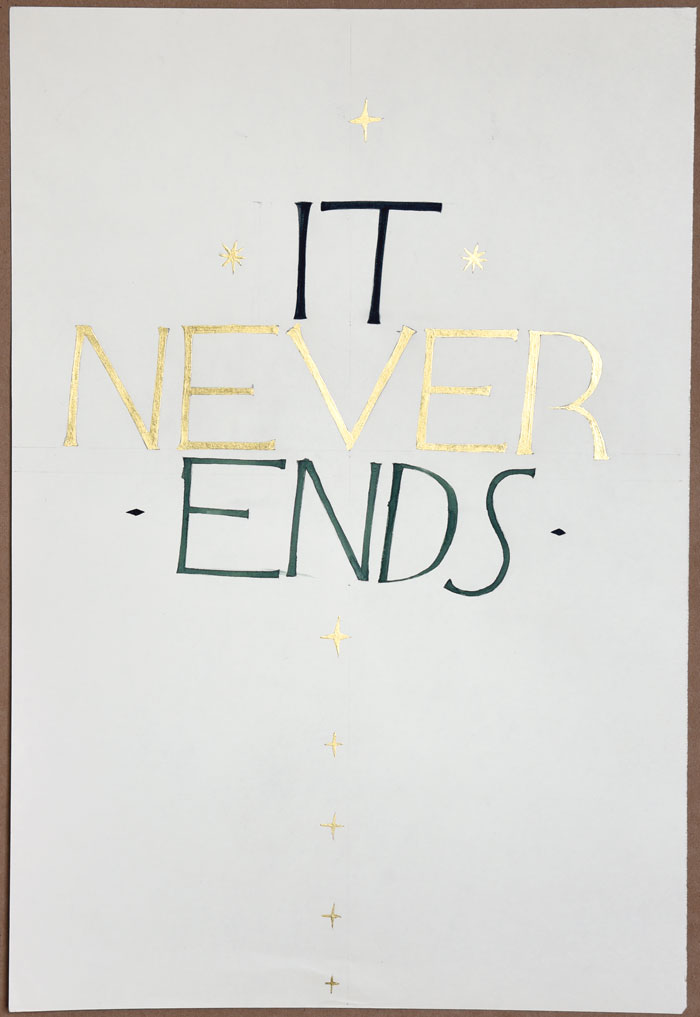 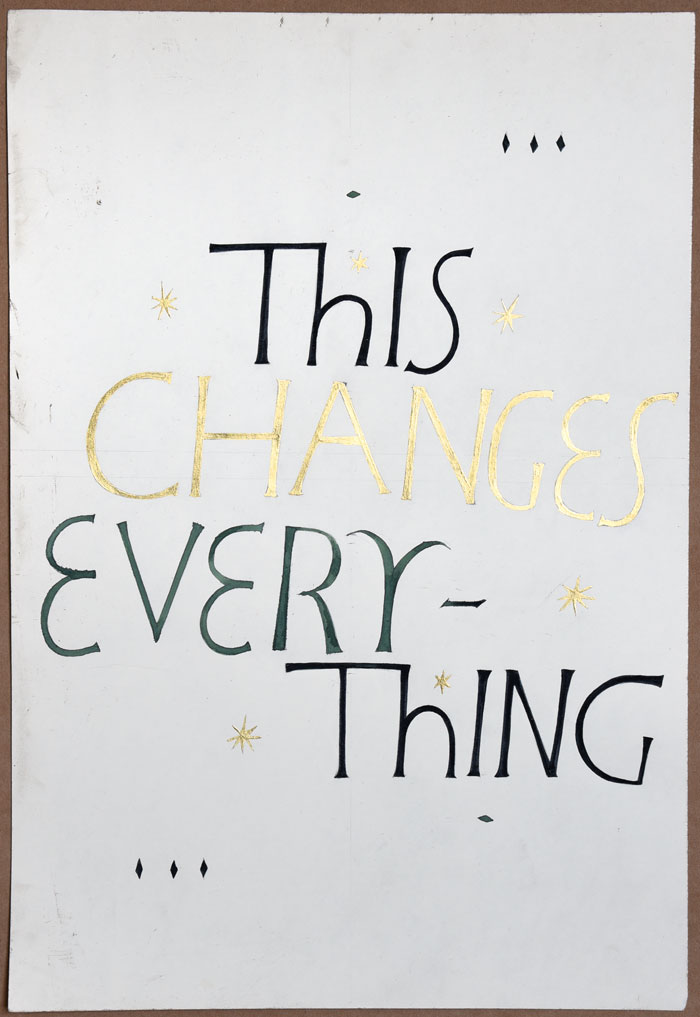 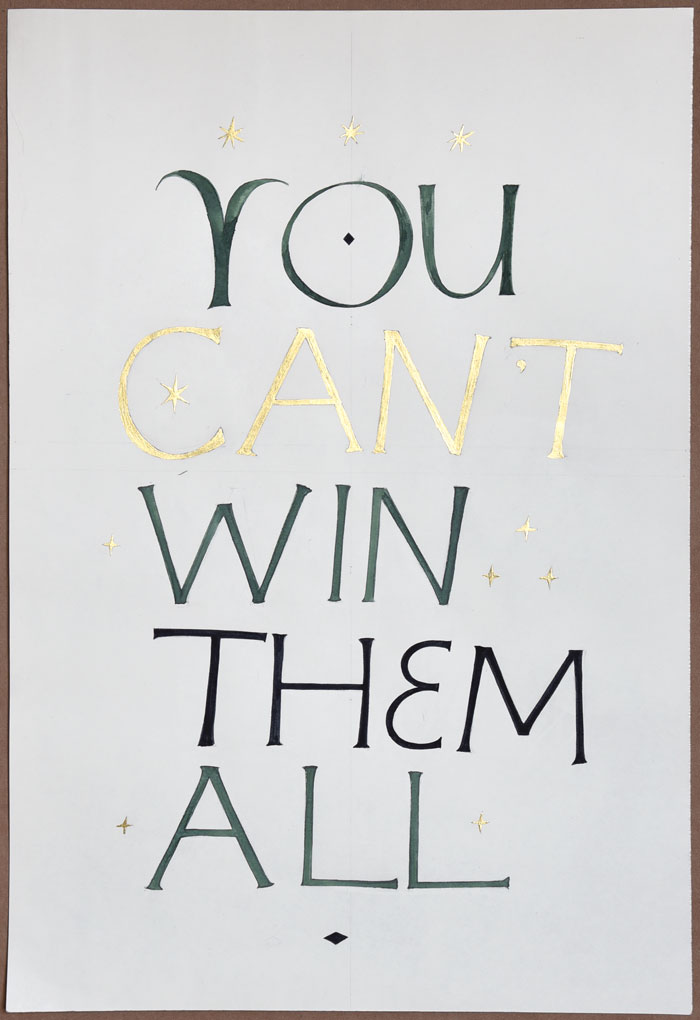 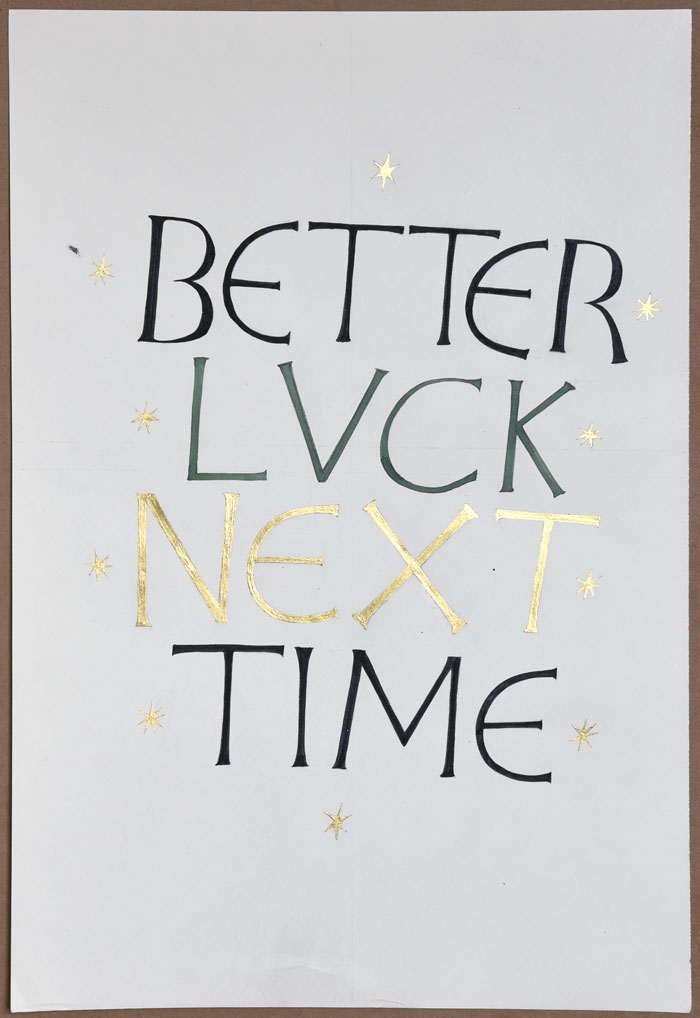 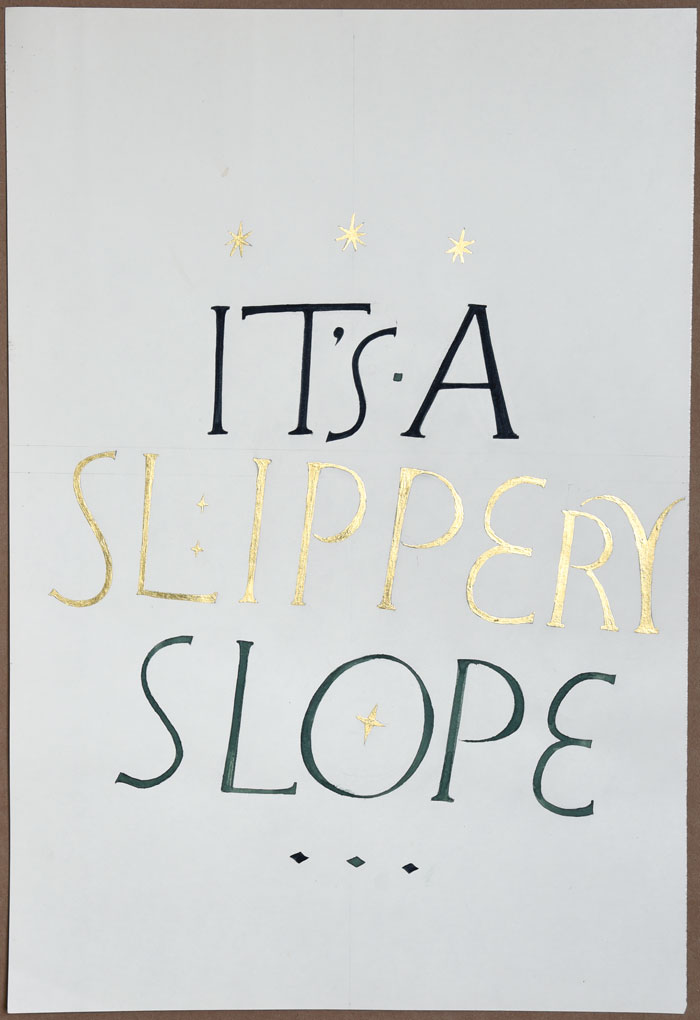 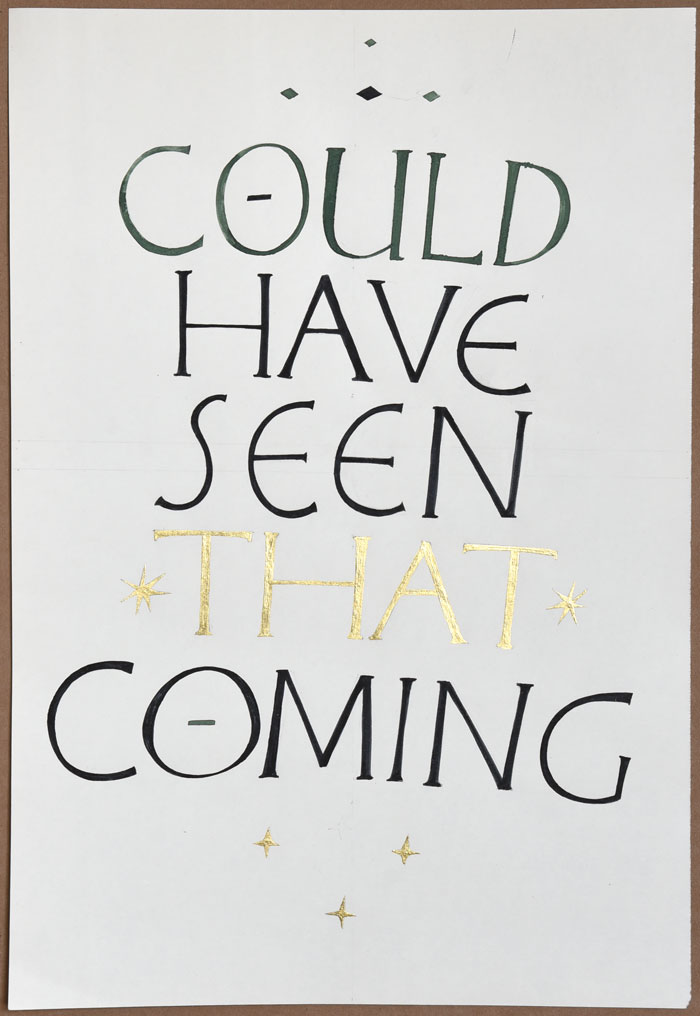 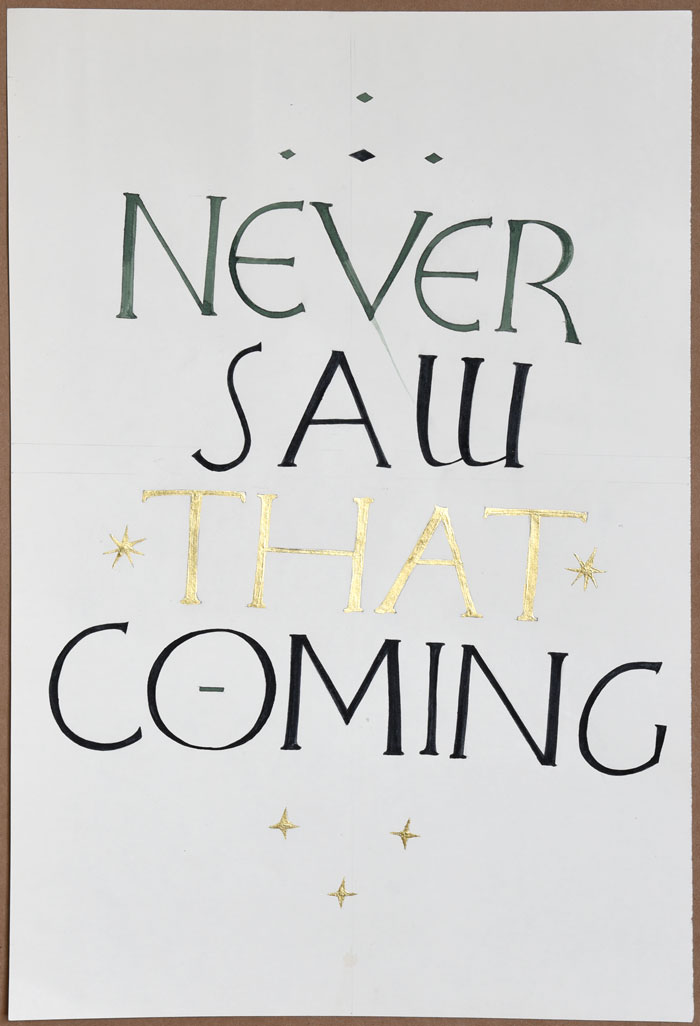 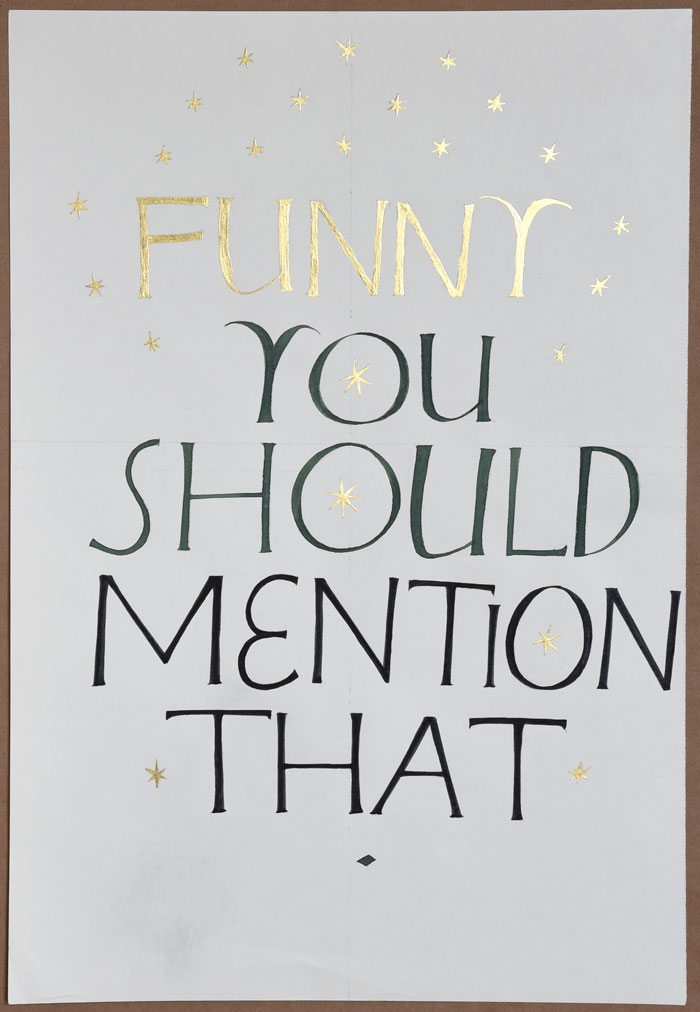 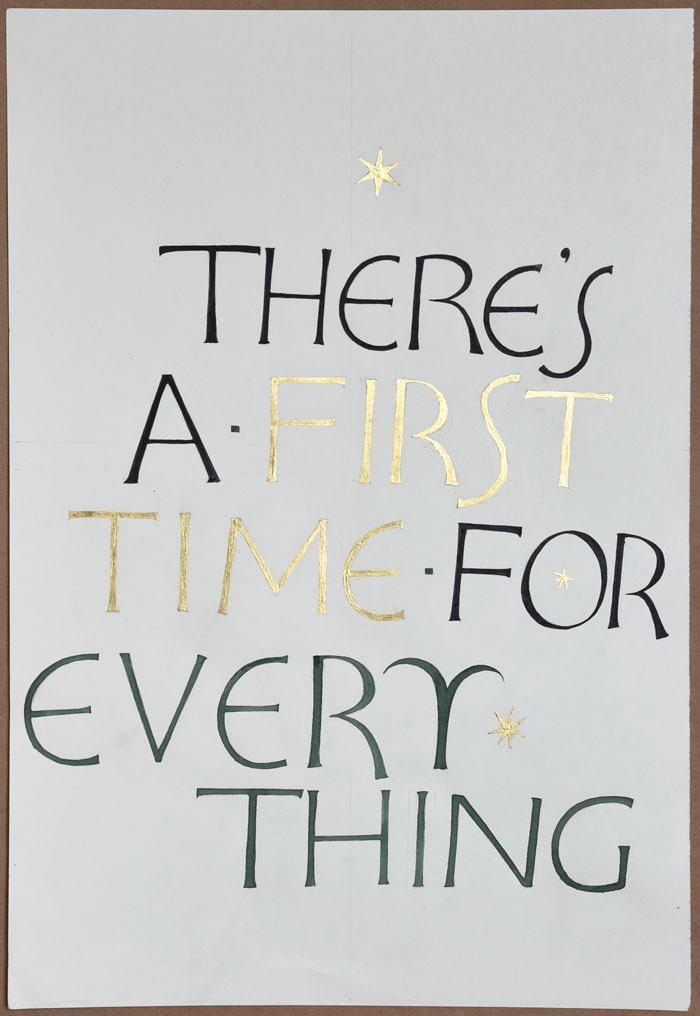 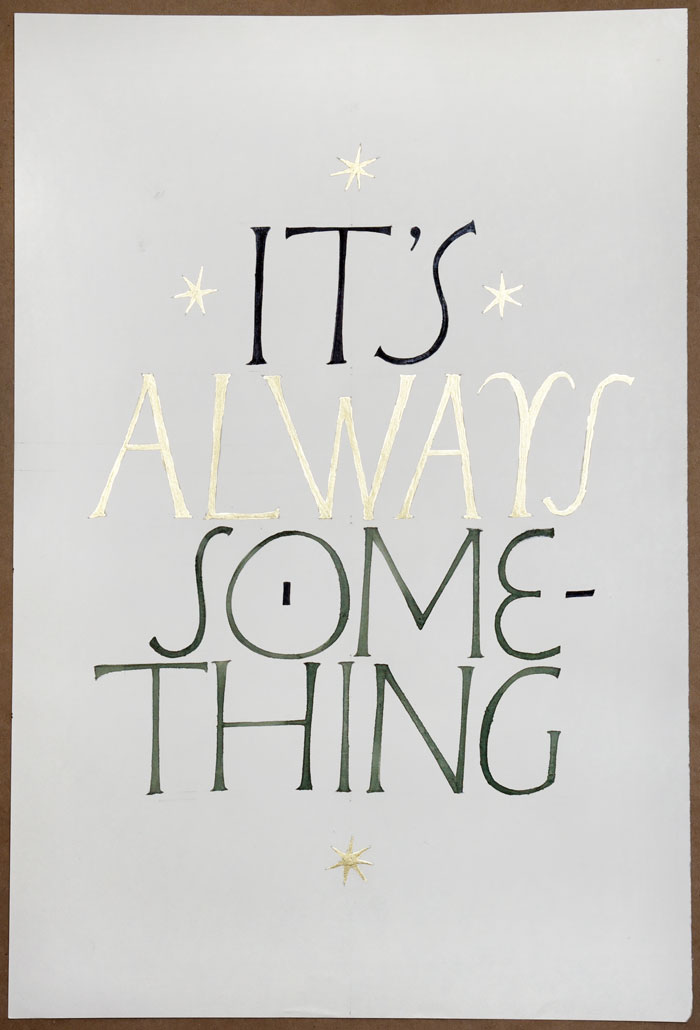 These illuminations take common phrases, expressions, and clichés as their fountain of inspiration. I have long been enamoured with the painted inscriptions by modernist Welsh artist and poet David Jones (1895-1974). He mastered the subtle variations of Roman letter forms to create Latin and Welsh text-based works that stood alone as art. I have longed to make my own iterations of these inscriptions, but what could justify such a tribute?

I continue to use pure gold as a material in my work, and have always loved writing and calligraphy. Combining these traditions points straight to the illuminated manuscripts of Medieval European monks and scholars, who prior to the printing press, replicated holy scripts by hand, using ink (at the time, precious) and gilding on vellum. I thought about how serious the monks must have been, translating the words of their god, using their rarefied materials. Illuminated manuscripts were the living conduit by which these sacred words would spread knowledge and carry it safely into the future.

I love well-worn phrases. I have my favourites, and in the midst of this project I gathered a few more I’d forgotten. Sometimes I caught them as scraps of conversations, or heard them on the radio. At one point, remarkably, a seven-year-old boy with his sled backed up a hundred feet to get a running start at the top of a snowy hill and blurted out, forlornly, “This isn’t going to end well!” In each case, there is an it, a what, a something. There is always a mysterious, uneasy, ever-present, subject, but what is it? Indeed, these are illuminations, but illuminations of what? Illuminations of obfuscation.

I generally don’t affiliate with the line from Bertold Brecht’s Threepenny Opera that “The world is poor and man’s a shit / And that is all there is to it!”, but I will confess that this series unspooled in a fury after nearly a year of pandemic capped-off by the assault on the Washington Capitol building. Oy vey, what a year! Hmm. Could have seen that coming? Never saw that coming… [insert smiley-face emoji].