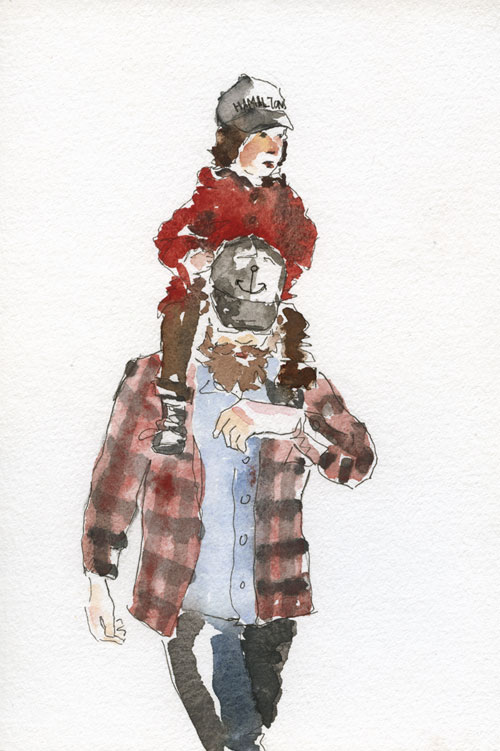 Watercolour by, and used with the permission of Jon Claytor.

John Haney was born in Toronto in 1978 and since that time has made his home in Ontario, New Brunswick, and Newfoundland. His work in various media addresses notions of place, trace, story, and history. Working with analogue photographic processes, sculpture, and printmaking, he is often led by process and material, and many of his projects are series-based.

His work has been shown in group and solo exhibitions in Canada, the U.S., and Germany, and he is the recipient of work- and travel grants from various municipal, provincial, and national funding bodies. Related activities include residencies, workshops, documentary projects, commissions, and collaborations. He was long-listed for the 2011 Sobey Art Award, and was a nominee for the 2012 Scotiabank Photography Award.

Haney earned his BA at Mount Allison University in 2001, and his MFA at the University of Guelph in 2016. He lives on the upper reaches of the Bay of Fundy in Wood Point, New Brunswick. In 2019 he launched Wood Point Art Projects with its inaugural event The Ark.

His work is represented by Christina Parker Gallery and Emerson Gallery Berlin, and he is a member of the Assembly Gallery in Hamilton.